Tracy and I just got back from a fabulous weekend in Cancun.  We decided to go mainly because Southwest is now flying non-stop from Austin.  It’s only 2 hours, I can use points, and Tracy’s companion pass worked.  We stayed at a place called Le Blanc which is part of the Palace Resorts.  The hotel was the best place either of us had ever stayed in.  The room was really modern, the food was extraordinary, and the service was incredible.  The best part is it’s all-inclusive so there is no cost for over indulging.  We ate pretty healthy and made a point to exercise every morning.  The view below is from the porch just before sunrise. 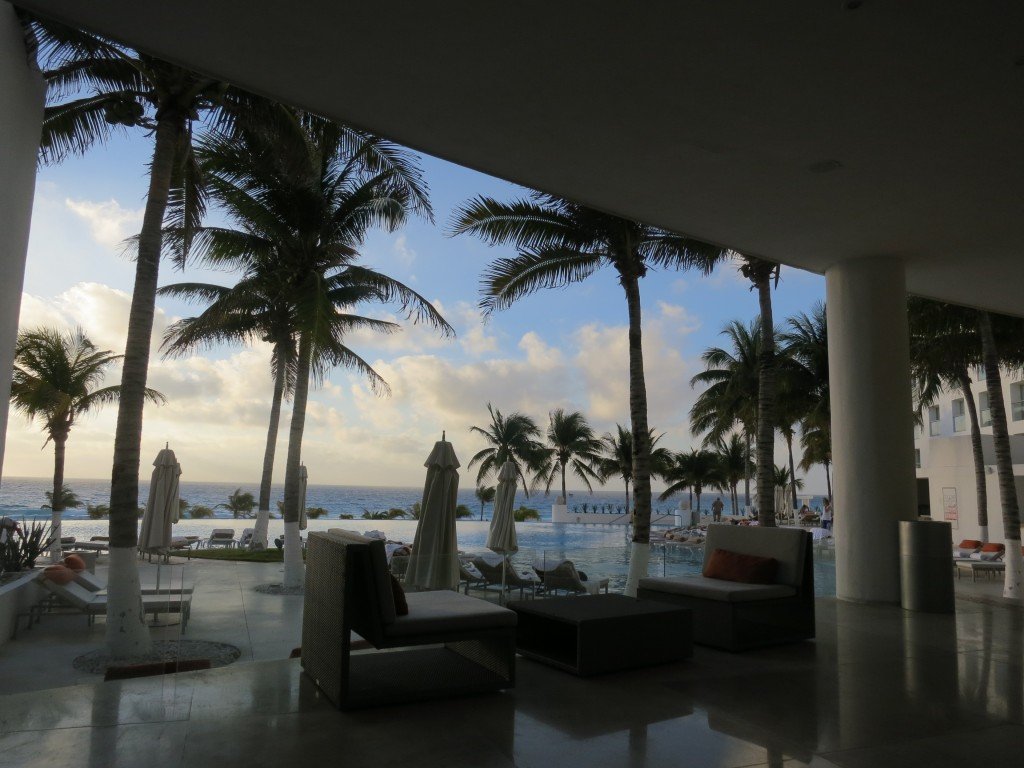 Right out the door was 10 miles of beach.  The water was warm and most of the days we had a lot of sun. 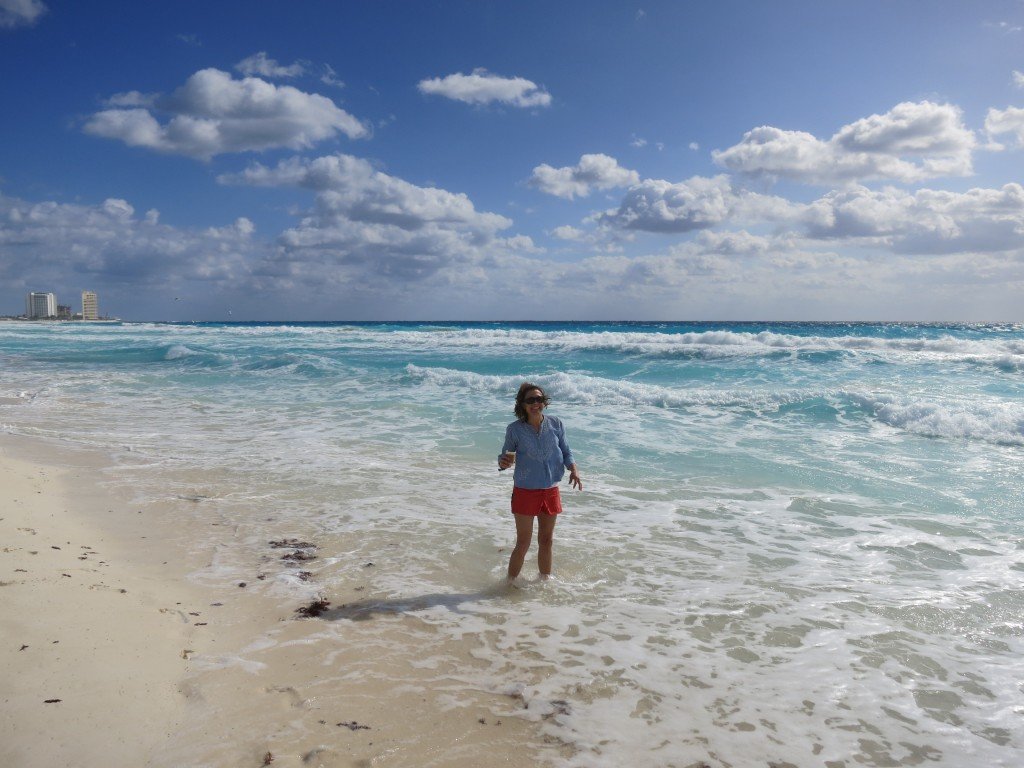 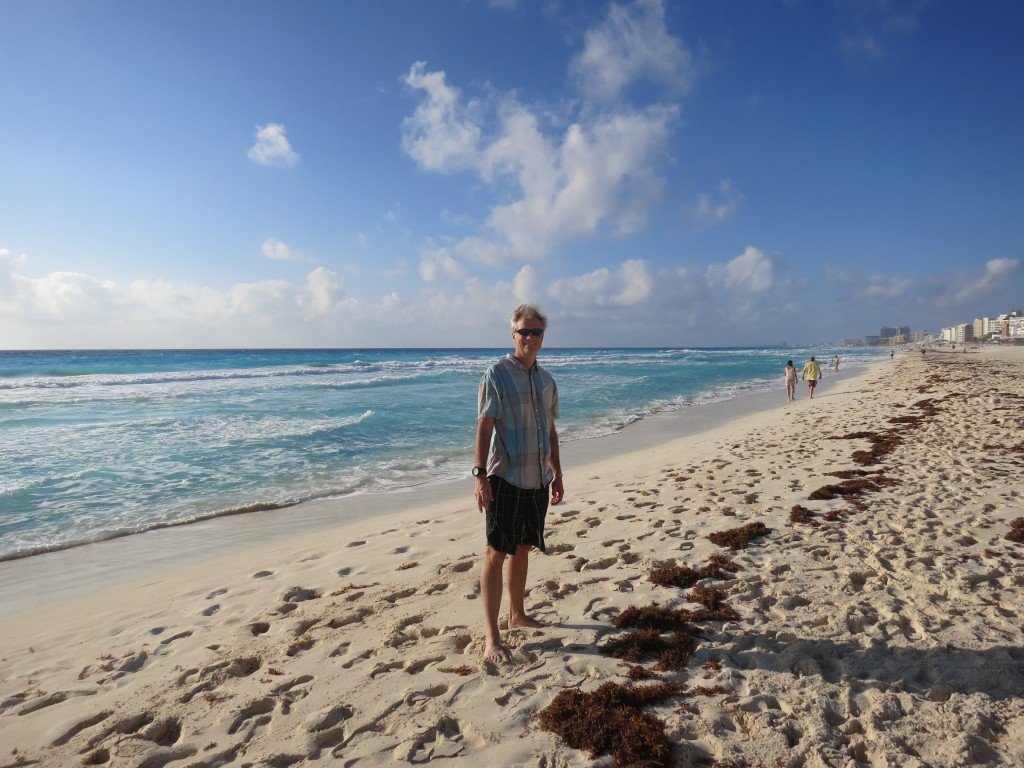 The food was incredible.  The breakfast and lunch buffets had everything you could think of from the traditional omelet station to fresh sushi.  We ate most dinners at the Japanese restaurant.  The menu was extensive and we made sure we tried everything. 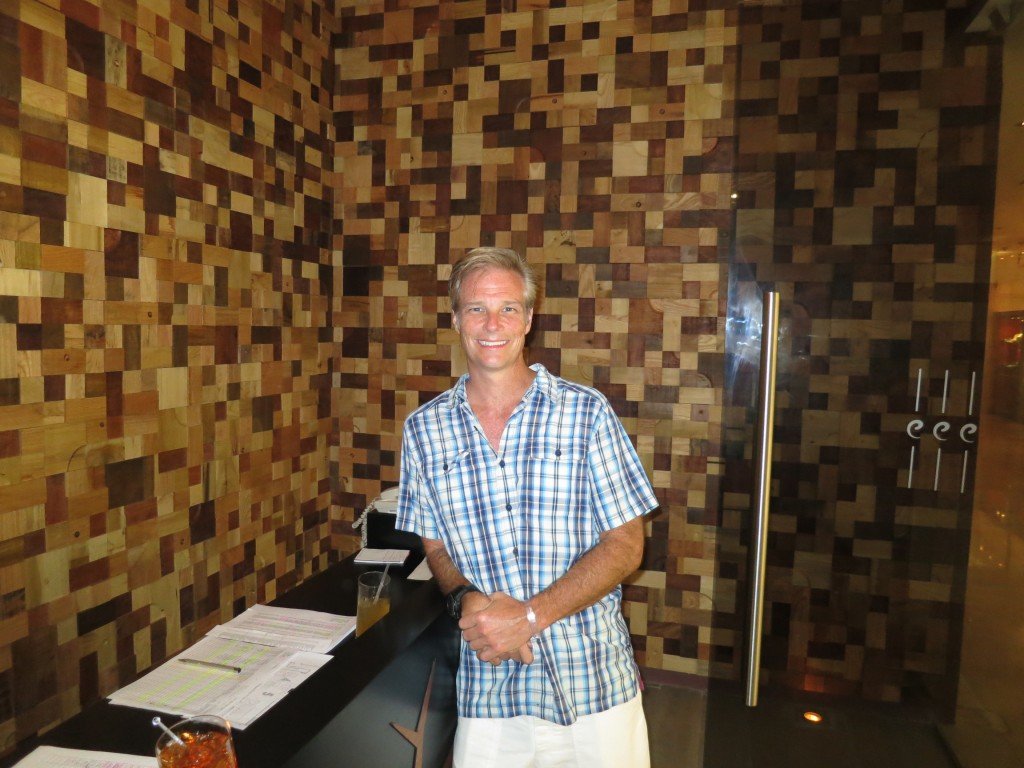 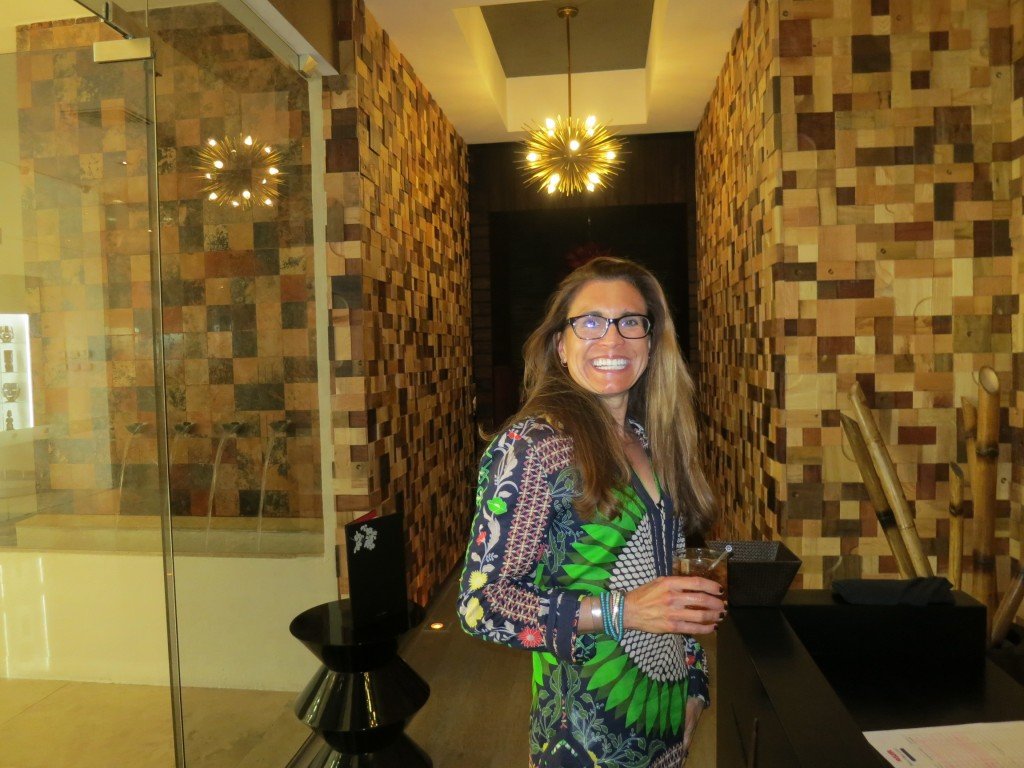 We are definitely going back.

Today, my team from work and two car loads of others went to Red Rock canyon for my annual team hike.  It was a beautiful morning with a little chill in the air.  We arrived slightly before the gates opened at 6am and were on the trail by 6:15am just as the sun was coming up. 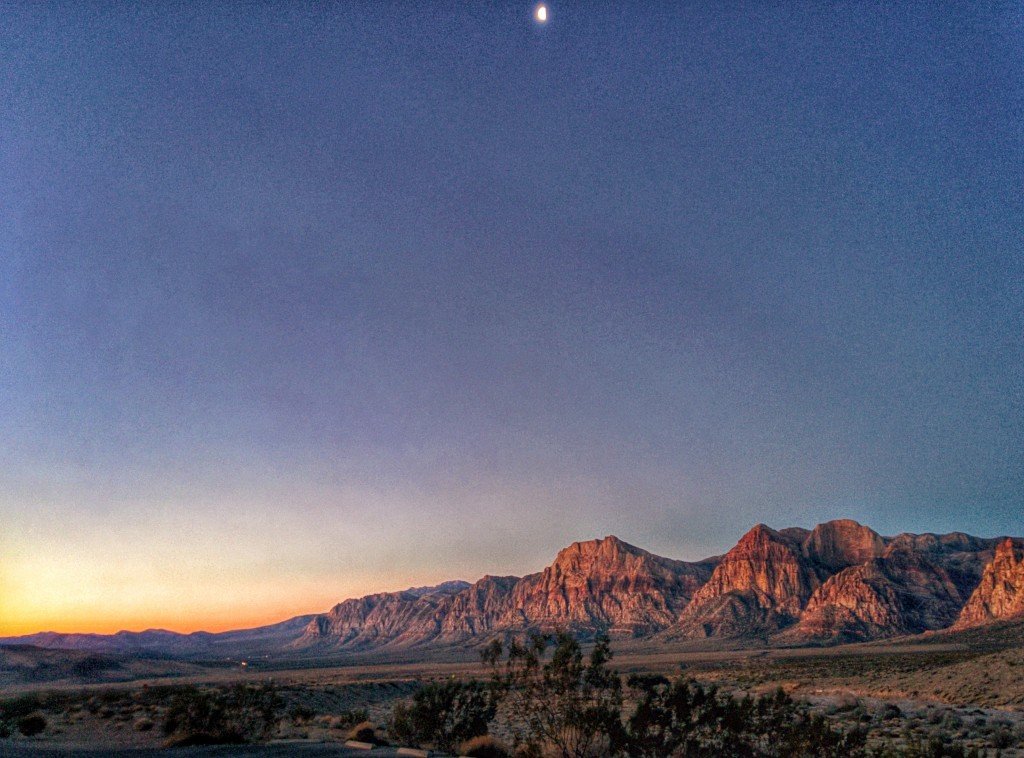 We split into several groups based on the speed and the persons desire to go for the summit or not.    The hike to the base was uneventful and the canyon turned red as the sun rose. 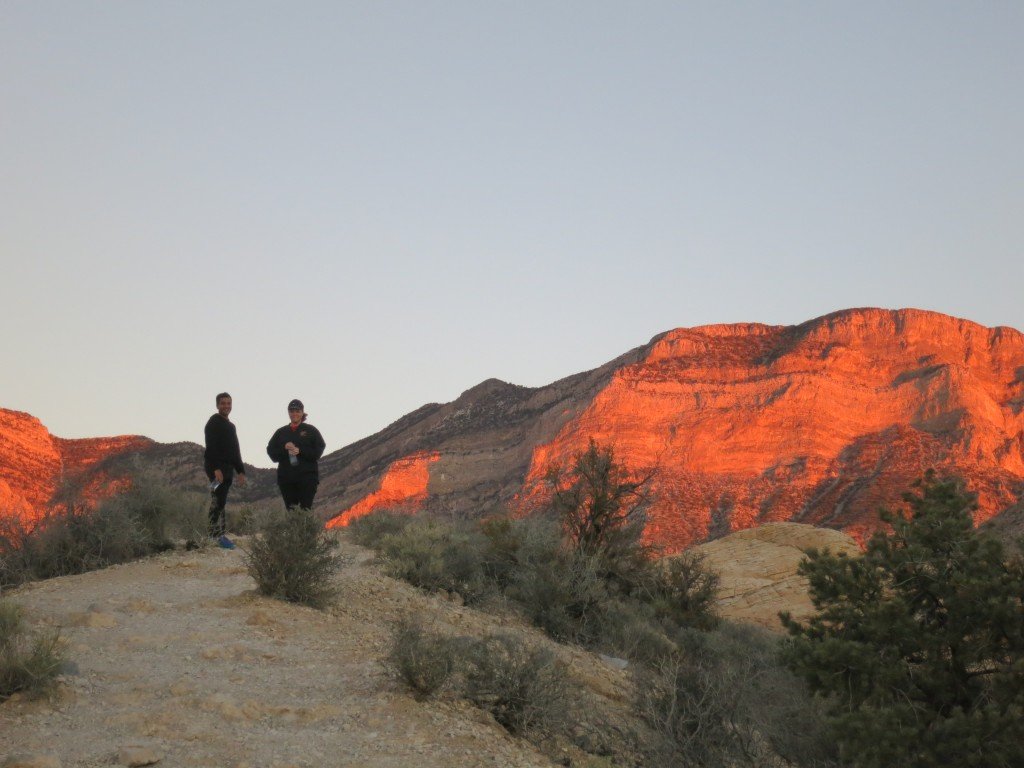 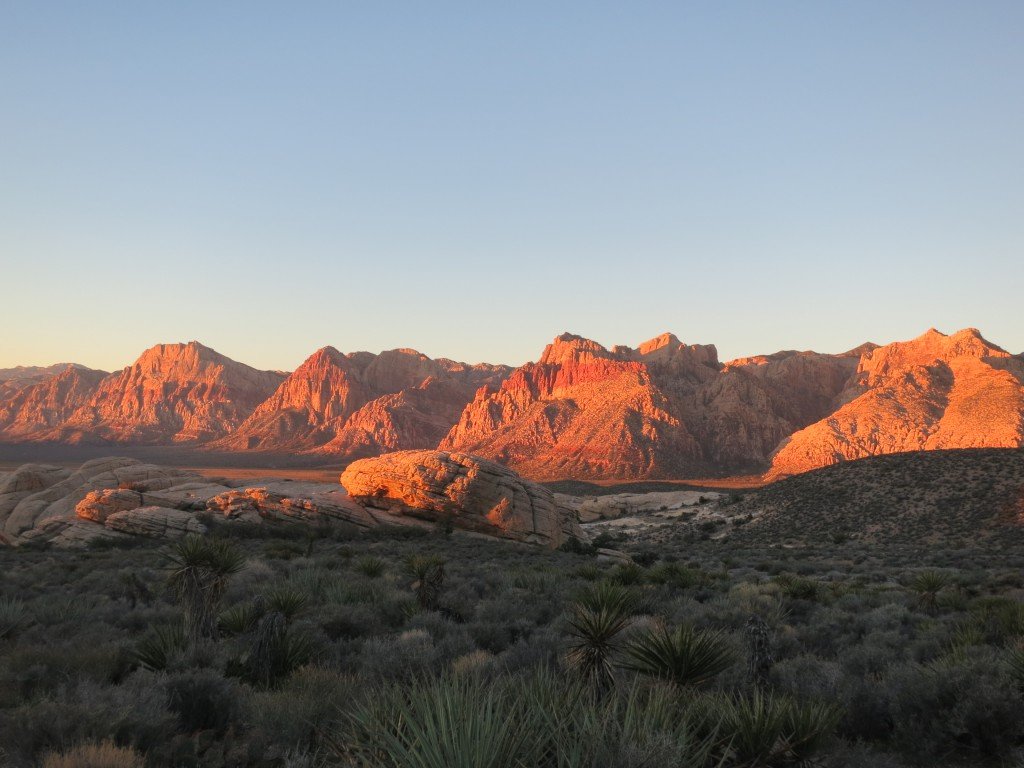 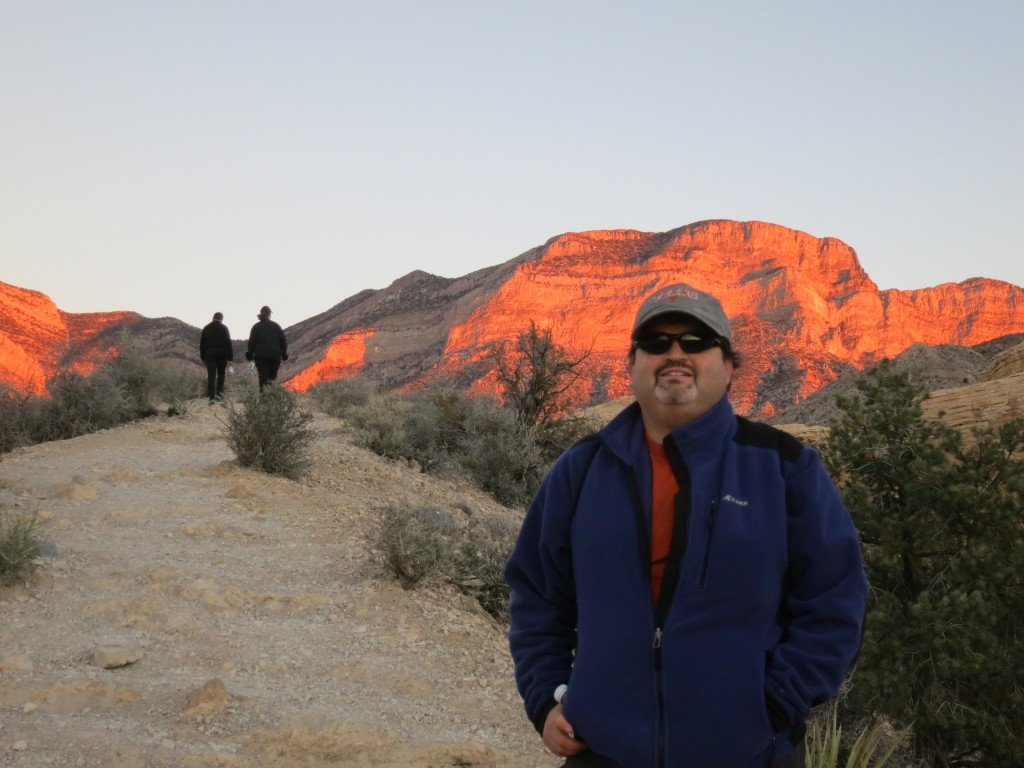 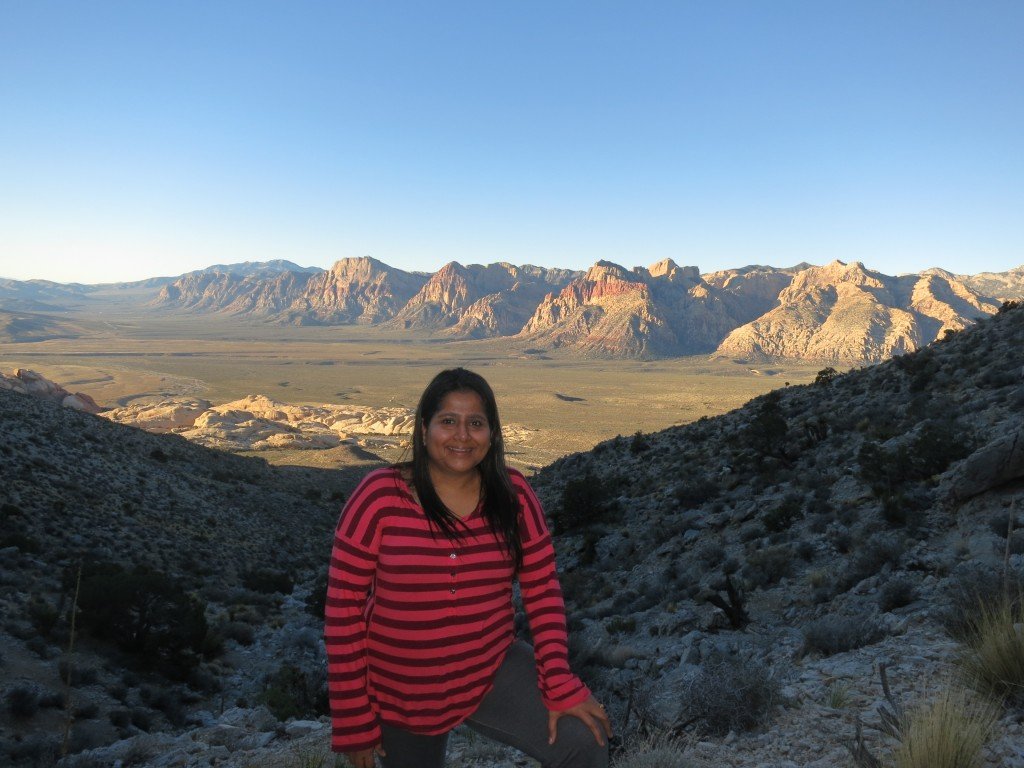 Once we made it to the base, the fun began.  For some, this was their first experience climbing at altitude so we took our time. 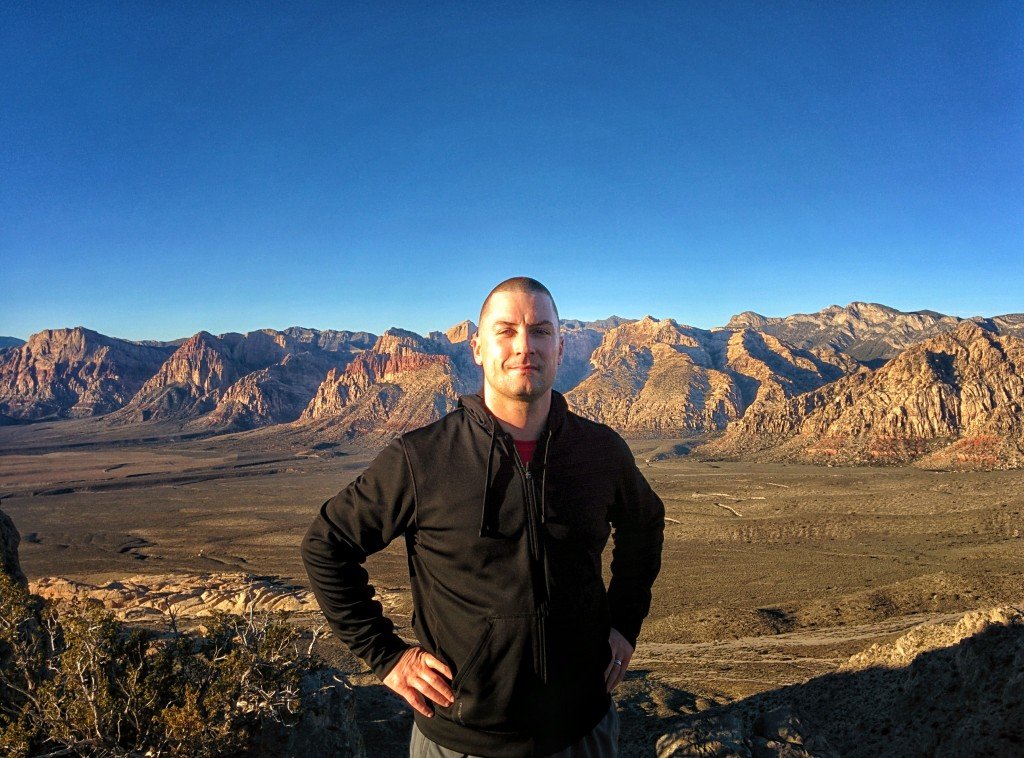 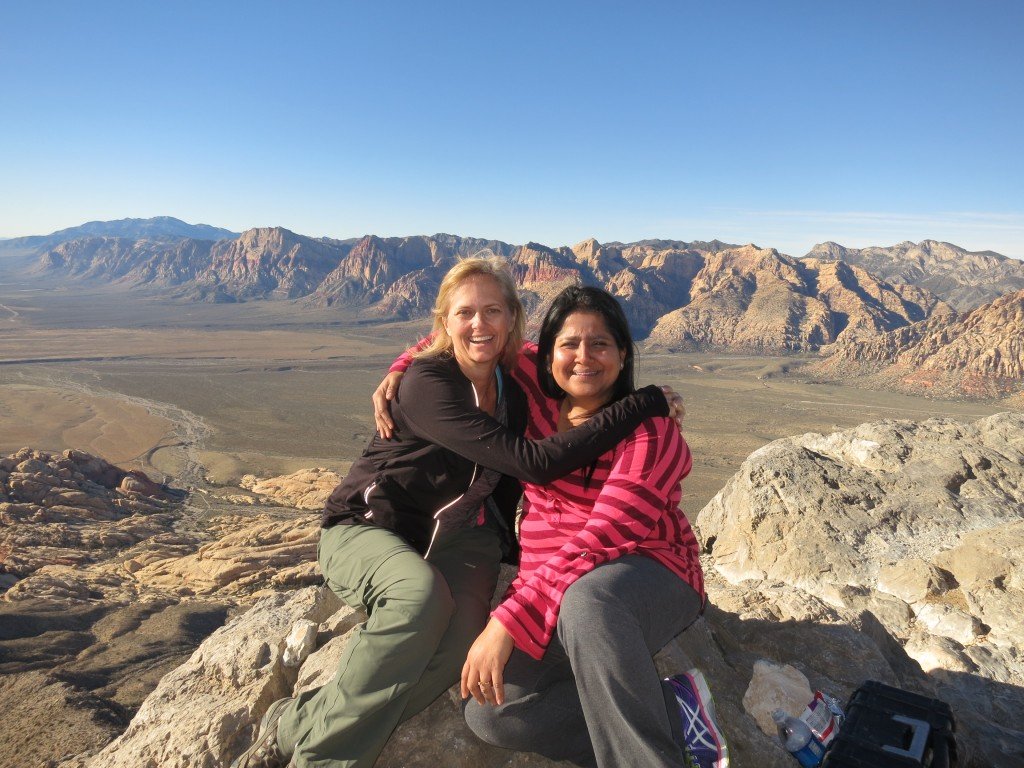 At the end, the summit was made with lots of smiles. 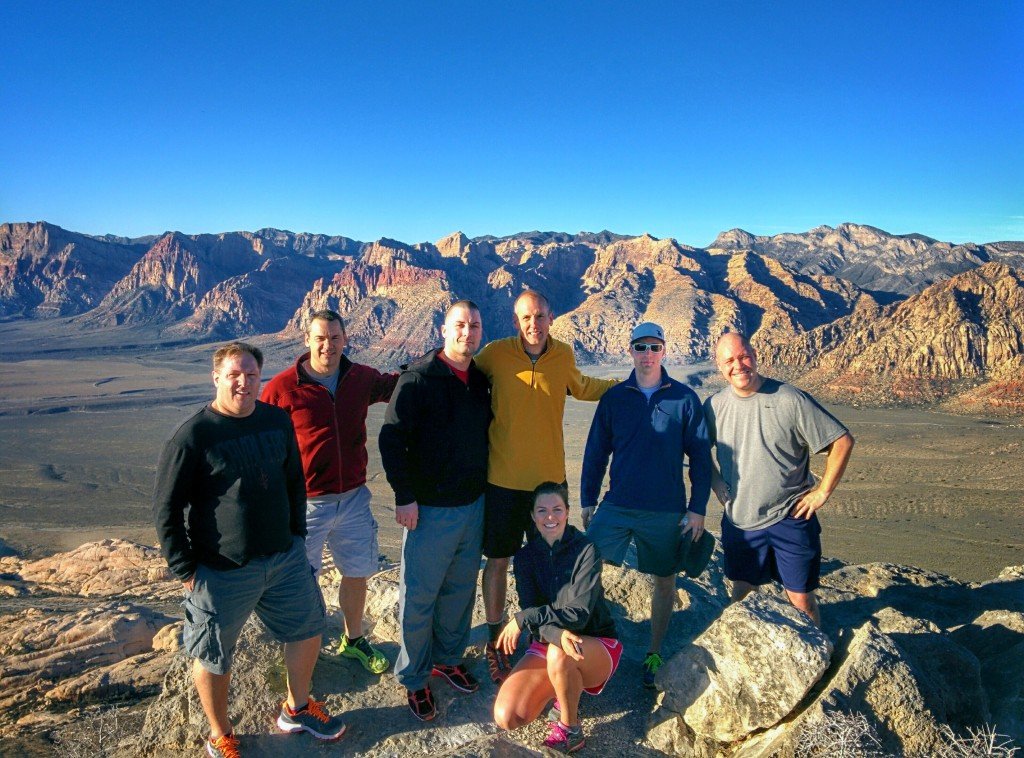 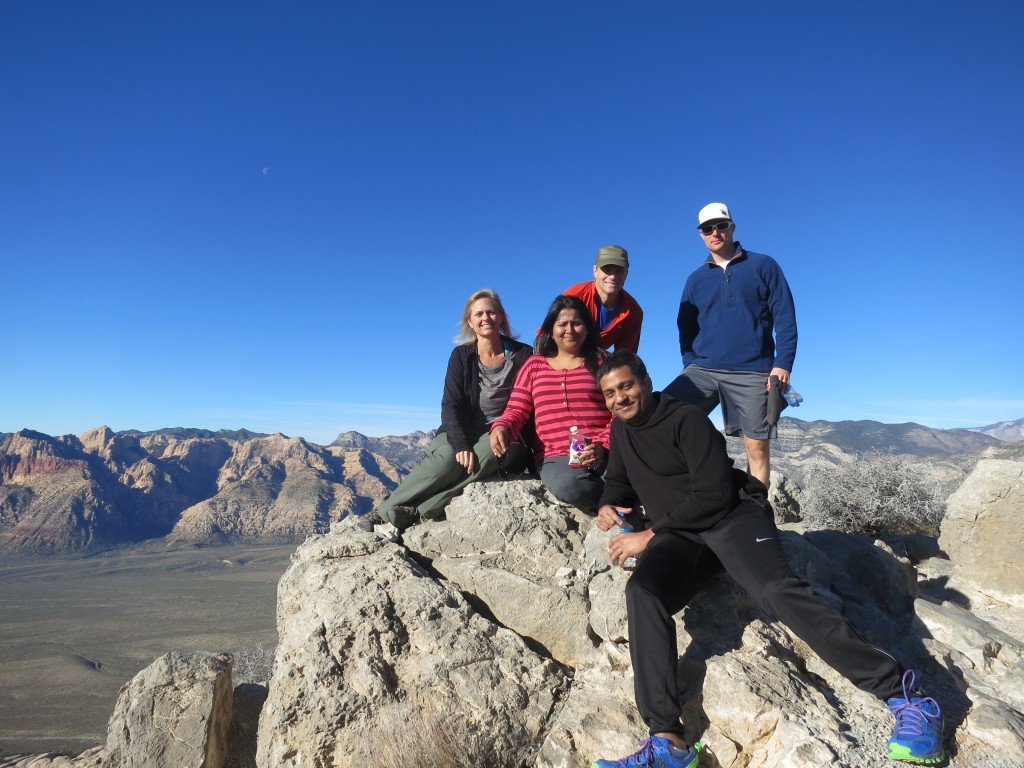 I failed to tell the rookies that going down was often harder than climbing uo.  A lot of people learned how to “scree surf”. 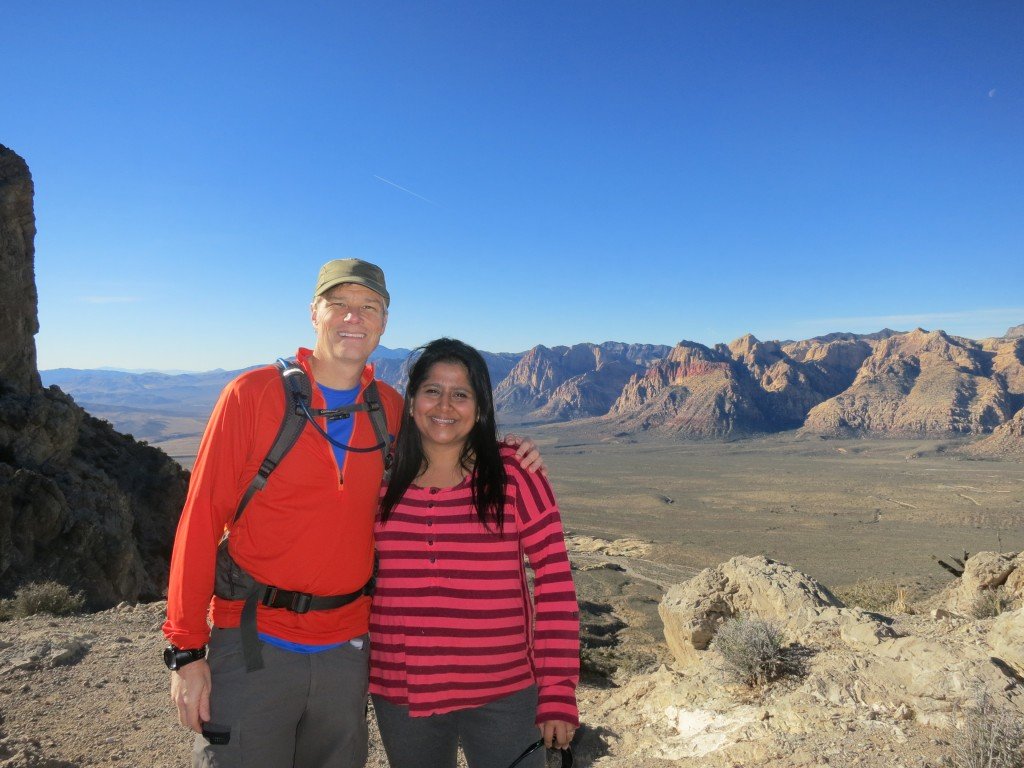 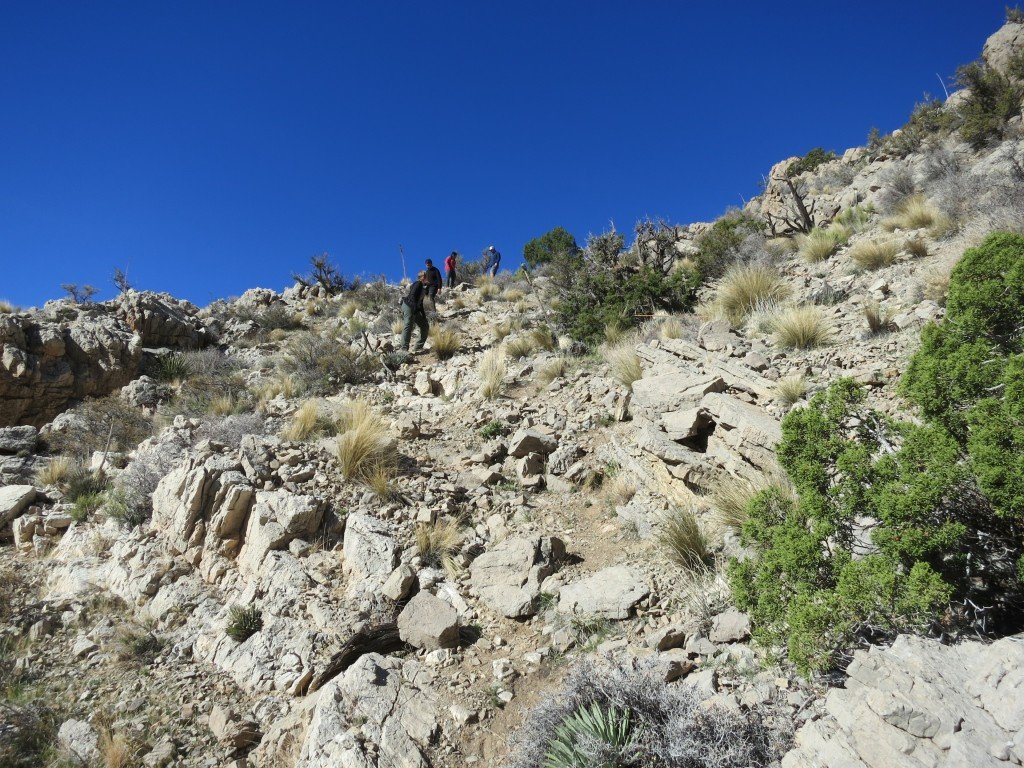 Suzanne gets the Darwin award of the trip.  Notice her on the pinnacle with the steep drop-off below. 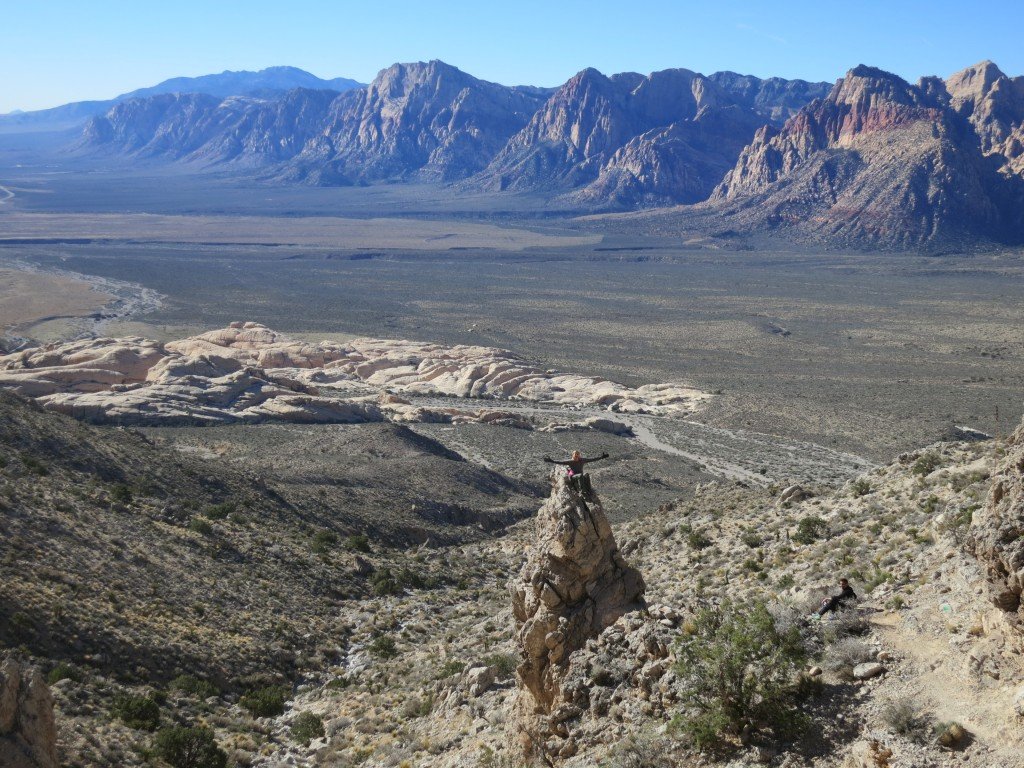 In the end, everyone made it home safe and relatively sound.  A few scratches, bruises, and a twisted ankle seemed to be the worst of it.  I’m betting that tomorrow and the next day will bring some stiff joints and sore muscles though.   Hope to do it again next year.

Our day started with meeting Larry at a local Starbucks at sunrise.  We were on the trail by 7:30am. 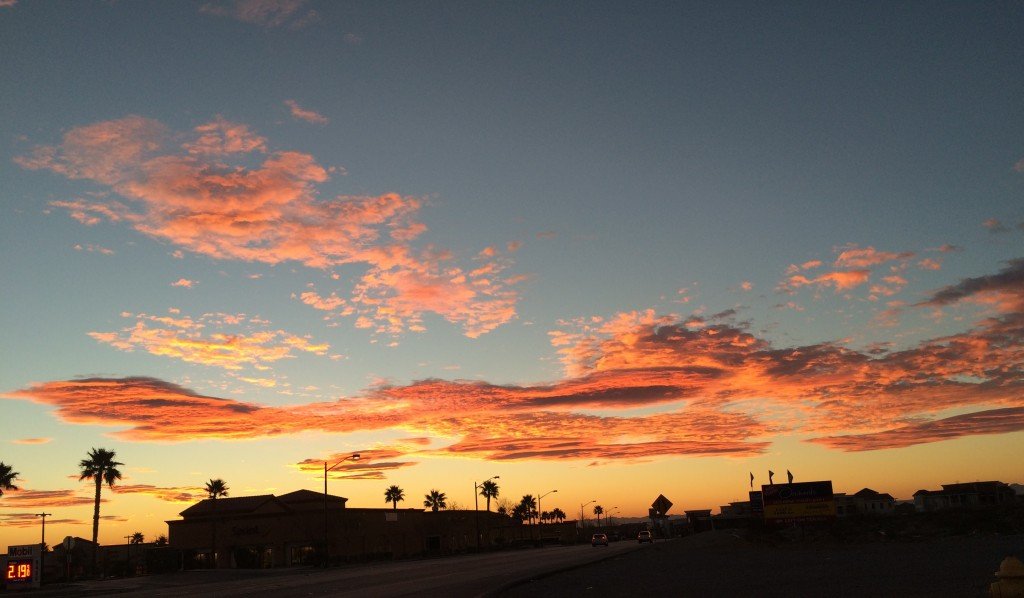 The weather was warm, clear, and much better than the forecast.  The only issue was that there seemed to be a lot of snow at the trail head. 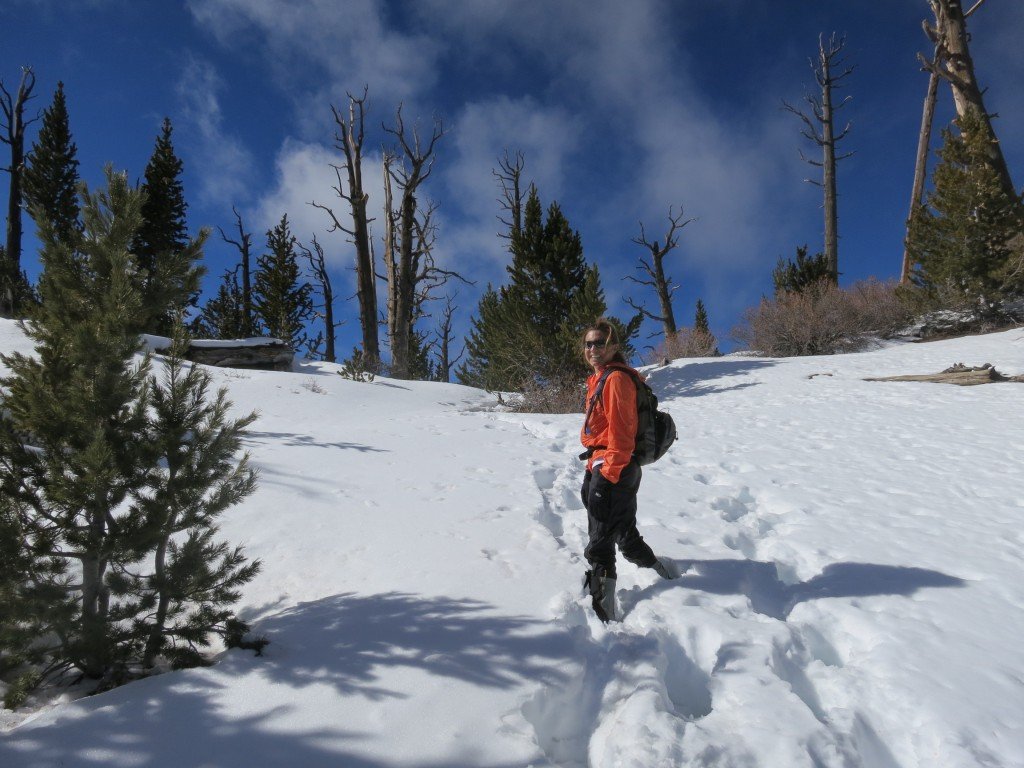 By the time we hit the first switchbacks, we were in foot deep snow that would later get even deeper.  Luckily there were several tracks that we could follow to hopefully keep us on the right path. 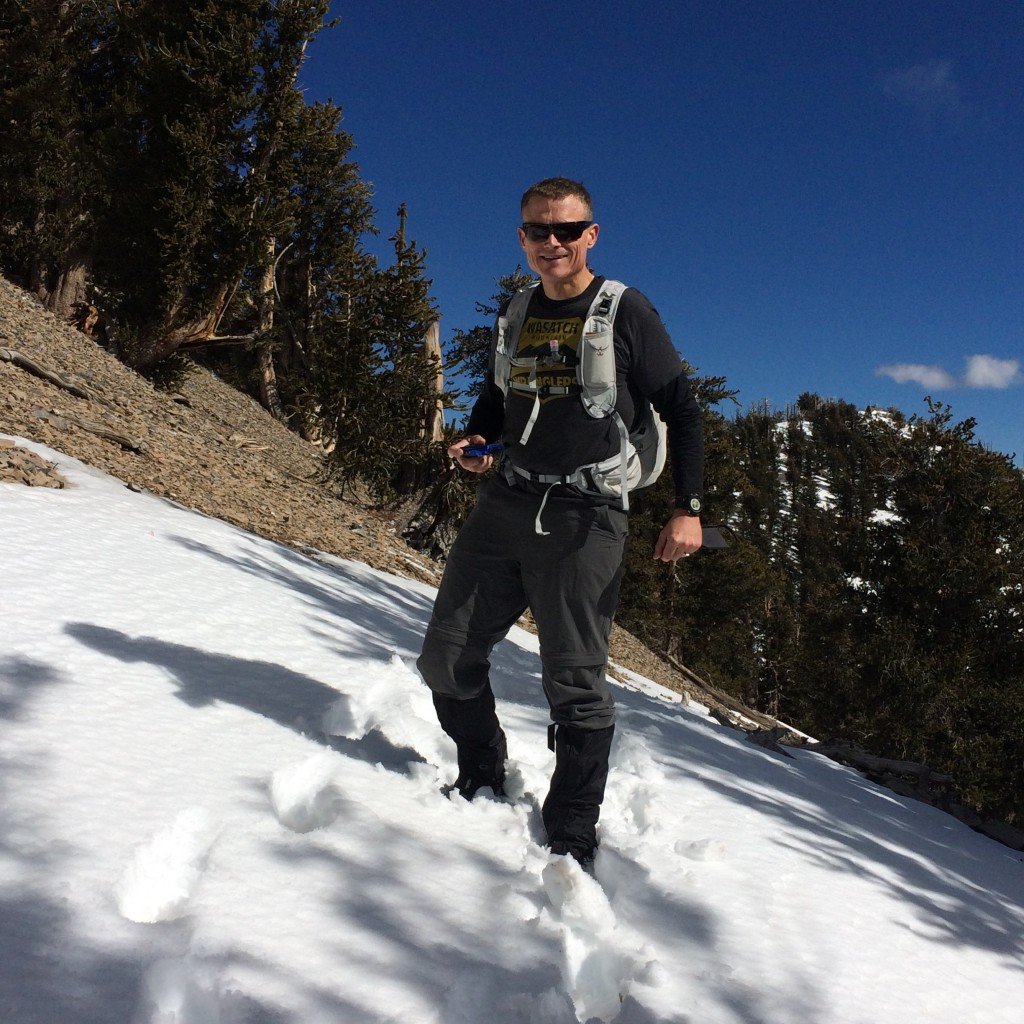 We kept climbing and passed several people that were coming down after being turned back due to the snow. 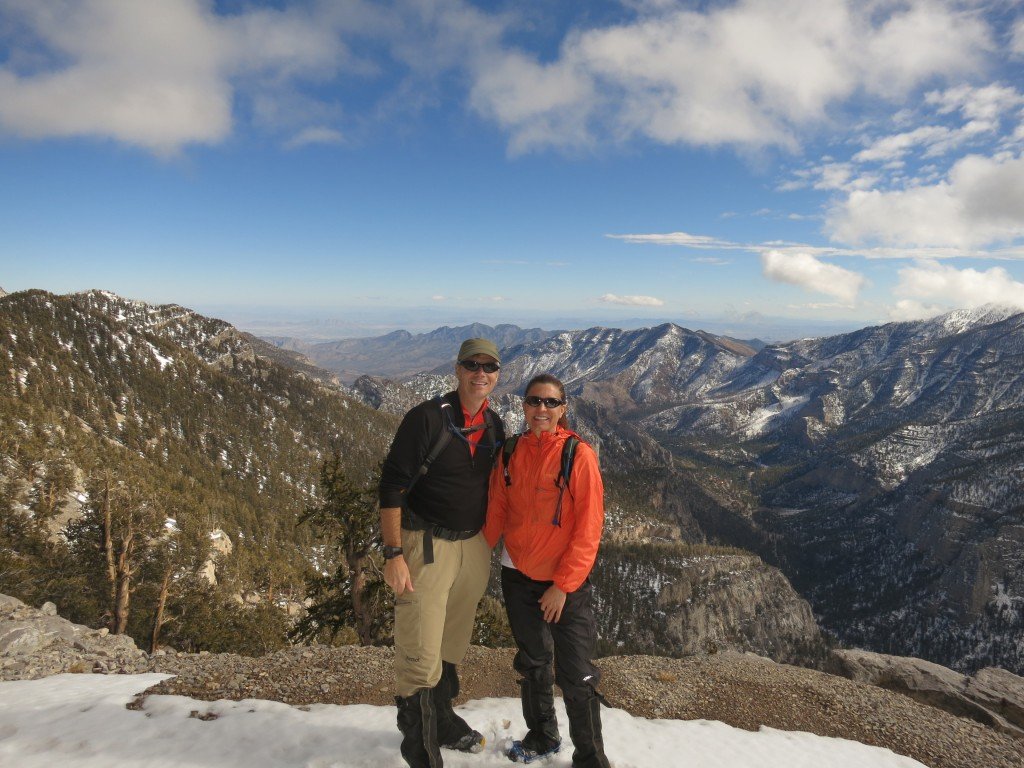 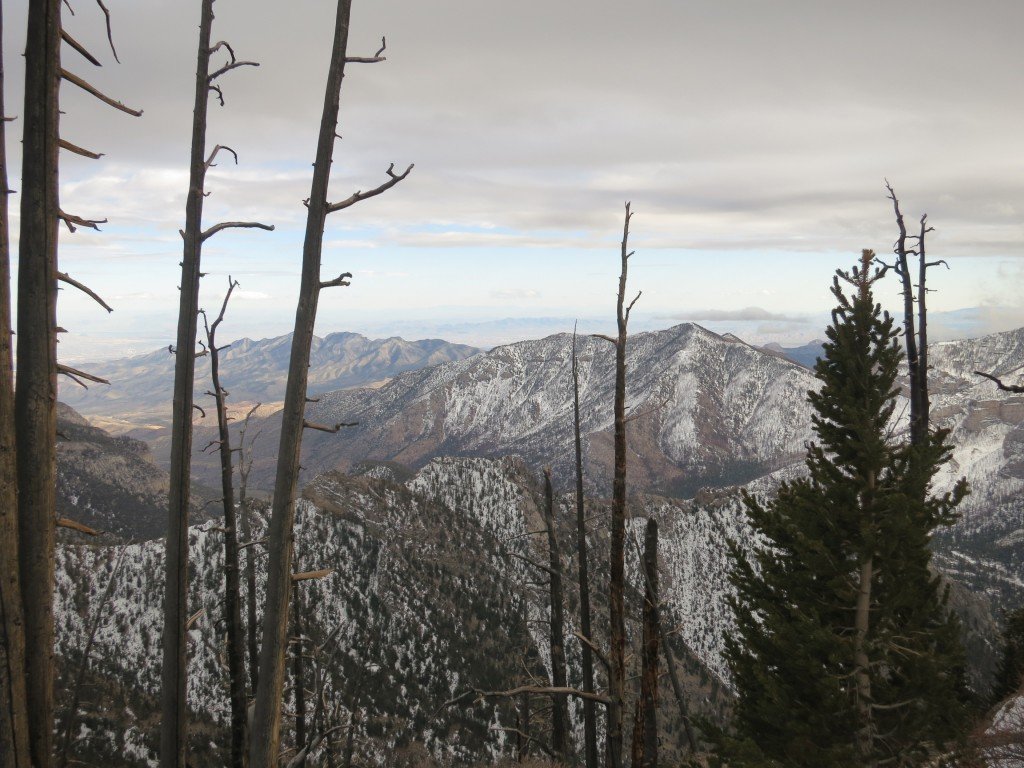 At 2pm, we were still 2 miles short of the summit and in every increasing snow.  We made the call to turn back since going down would be troublesome in the melting snow and ice. 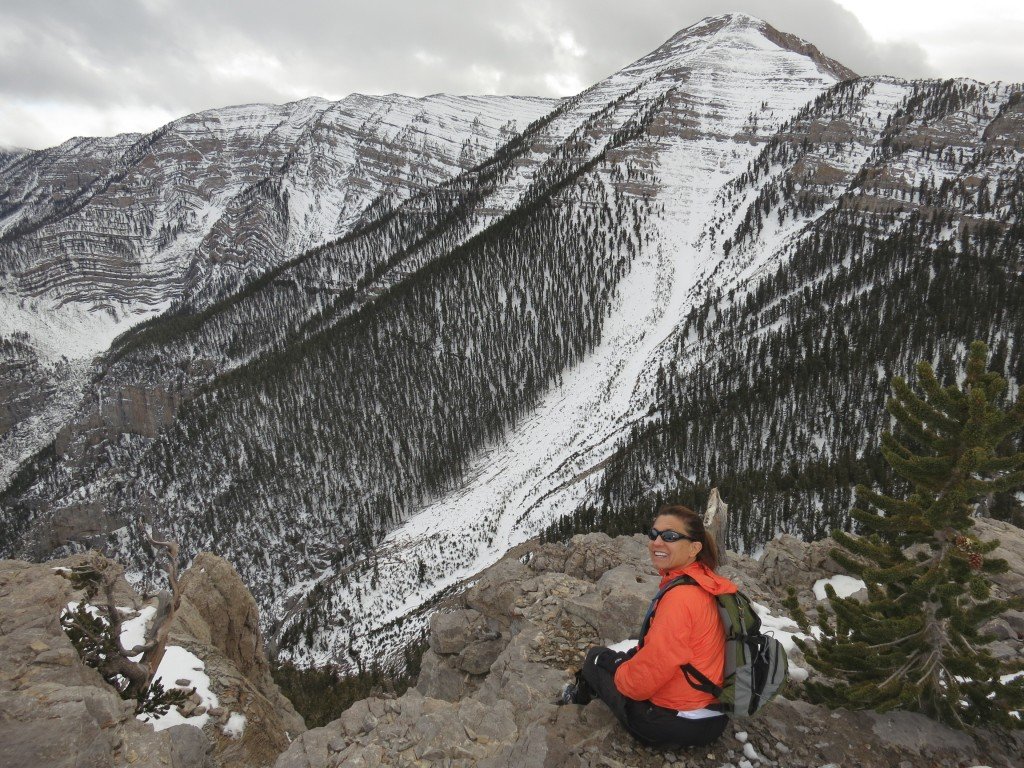 You can see the large storm front moving in around 3pm. 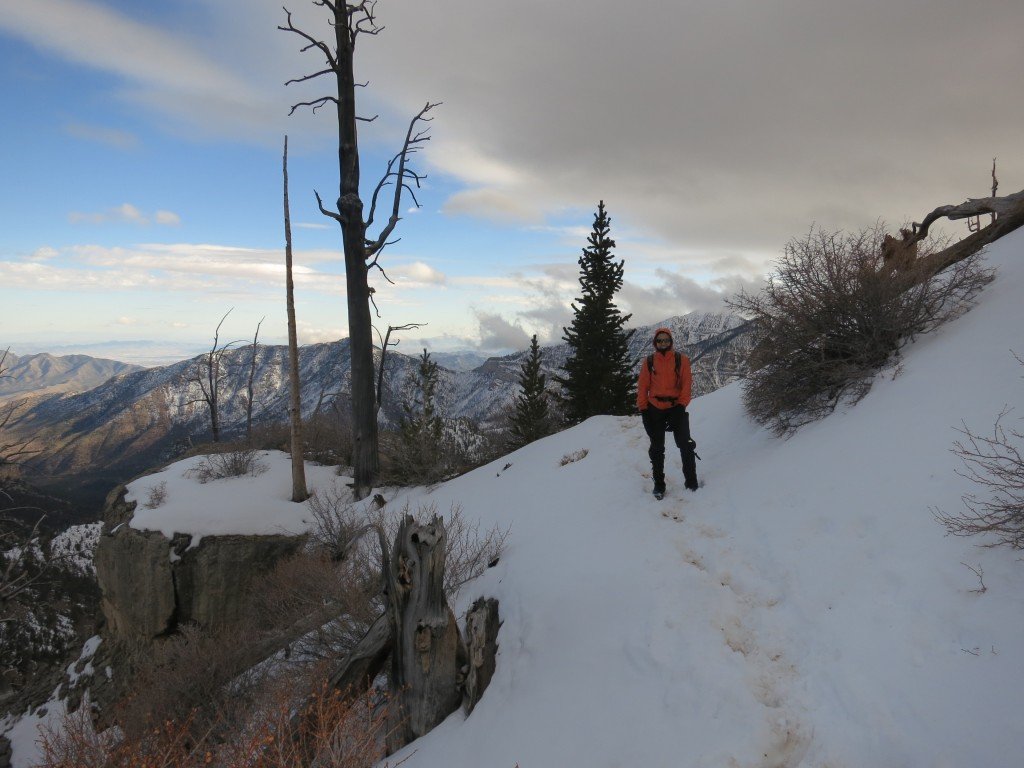 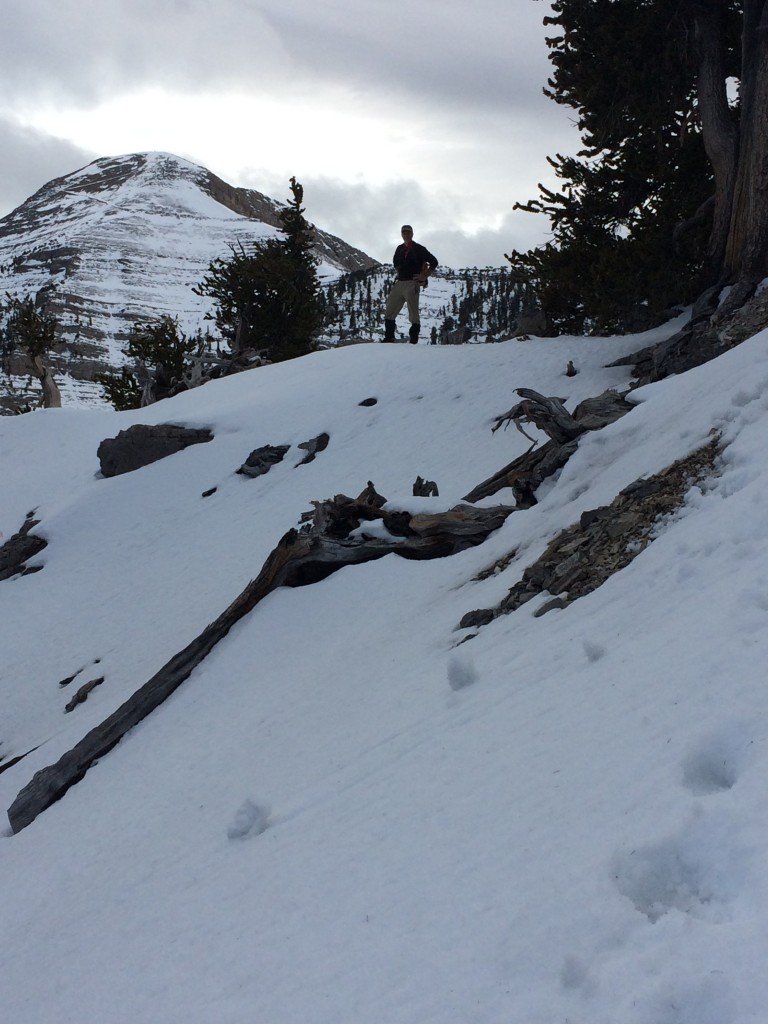 We ended up getting back to the car in the dark at 5:45pm.  Our decent was slowed by soft snow and mud as the sun shine during the day had turned the trail sloppy.  It also started to snow which turned to hail, and eventually to rain.  When I loaded it in Strava, the route we hiked was 18.1 miles with 5.376 feet of climb.

We had a huge dinner once we got back, gambled a little, and put our tired bodies to bed really early.  I got up early and headed off to Red Rock Canyon for scramble up Turtlehead Peak.  The weather was beautiful, actually warm.  The trail was in good shape, but has been re-routed to the West slightly so it took a little work to find it.  I ended up getting to the top in 52 minutes, 3 minutes slower than last year. 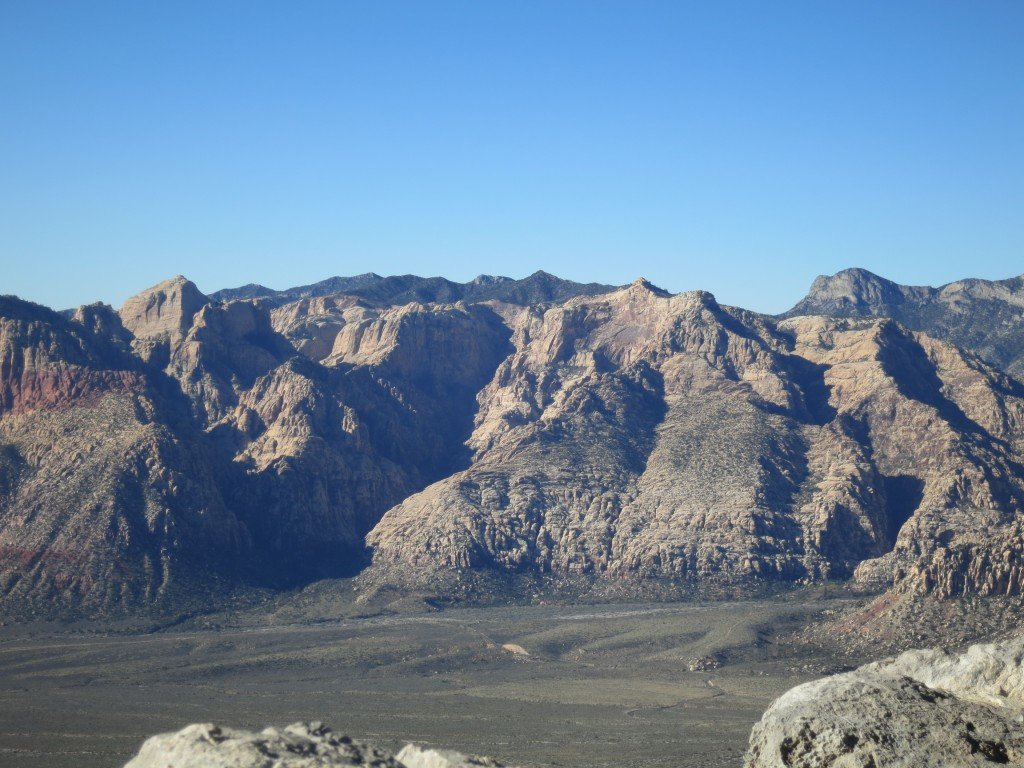 Here are all the pictures