We made it back from our first section of the trail, but we were only partially successful.  The snow pack was hefty.  While I expected a little snow, I didn’t expect full coverage over 10,500ft.  I added a few pictures to show the 3 days out there.  My buddy, CW, headed home today and I’m going to do an out and back on section 18 and 19 to check out a creek which is most likely too high to cross.  The remainder of the trail is on the Continental Divide so it’s doubtful that I will be able to do much of it; so Tracy, the dogs, and I will be doing a lot of day hiking. 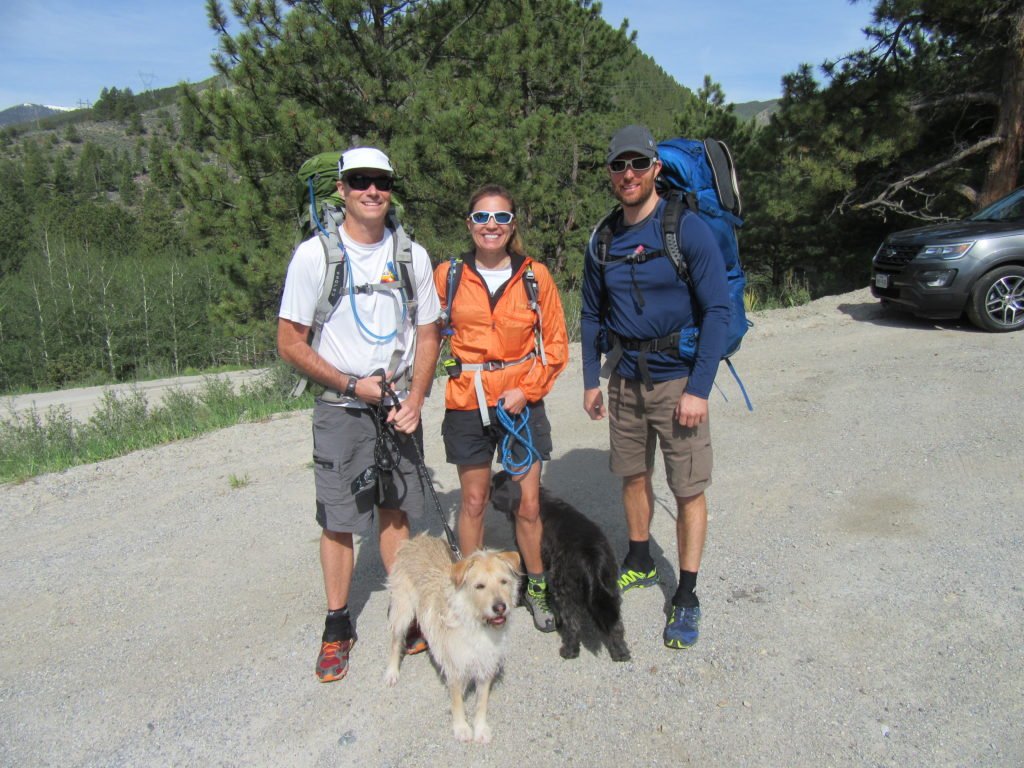 Starting to see a little snow. 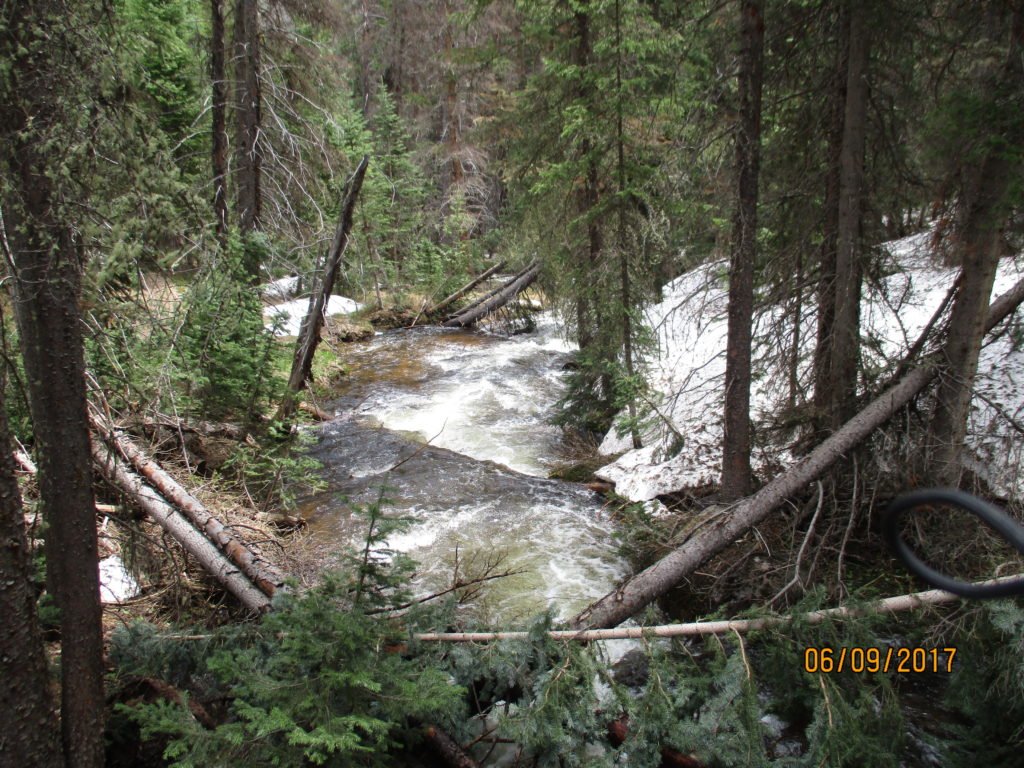 After the last bridge on Fooses Creek, we hit snow and it eventually covered the entire trail. 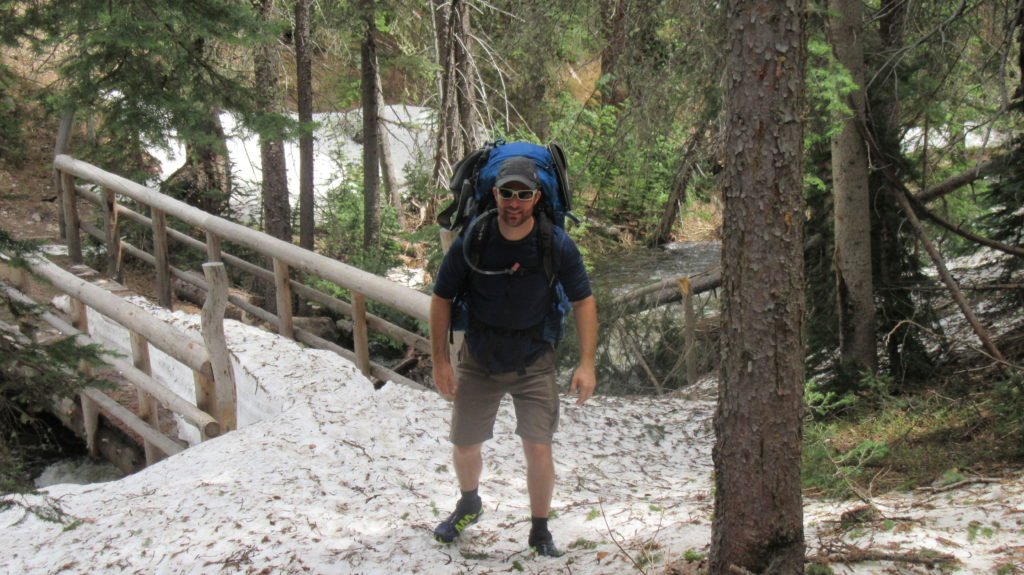 No dry spots to camp during the first night so we found a flat spot in the snow covered forest.  I estimate the base to be between 6-8 feet. 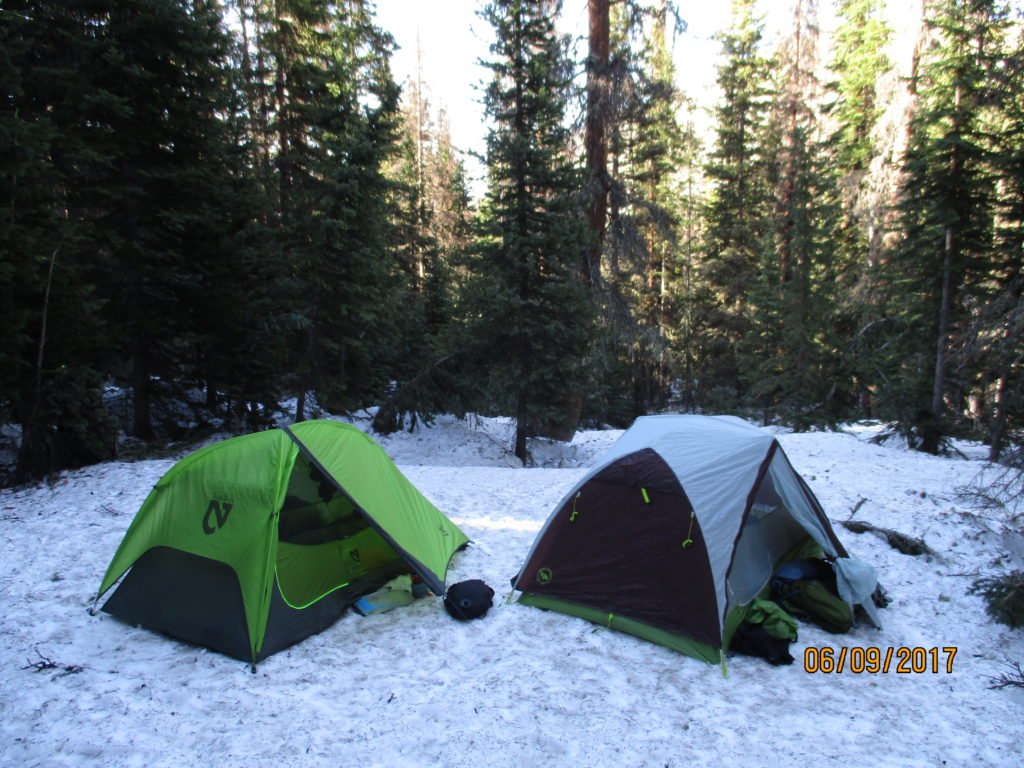 CW packing up in the morning. 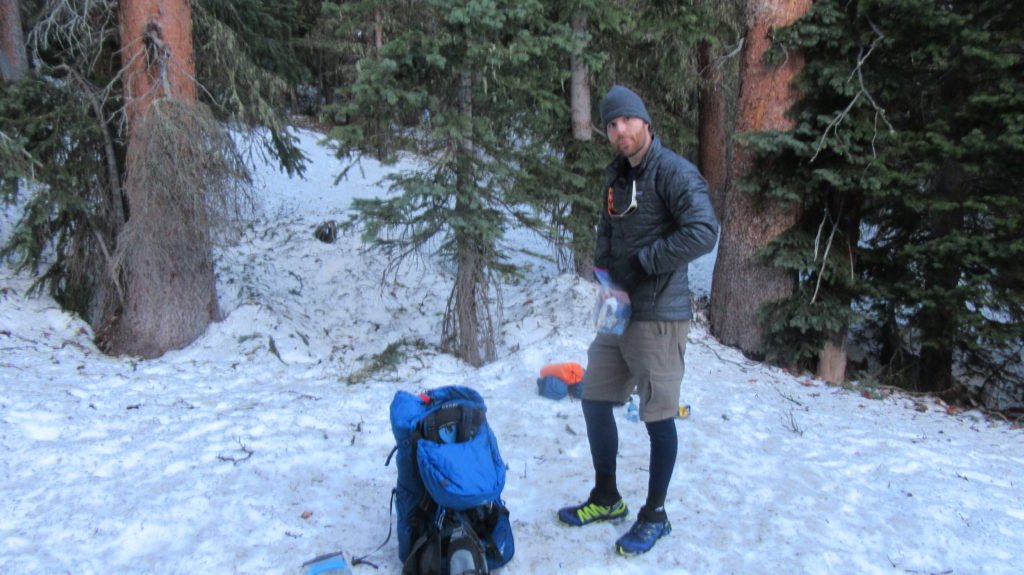 Just happens that we had to climb steepest hill on the trail… 600 foot climb over less than a half of mile. 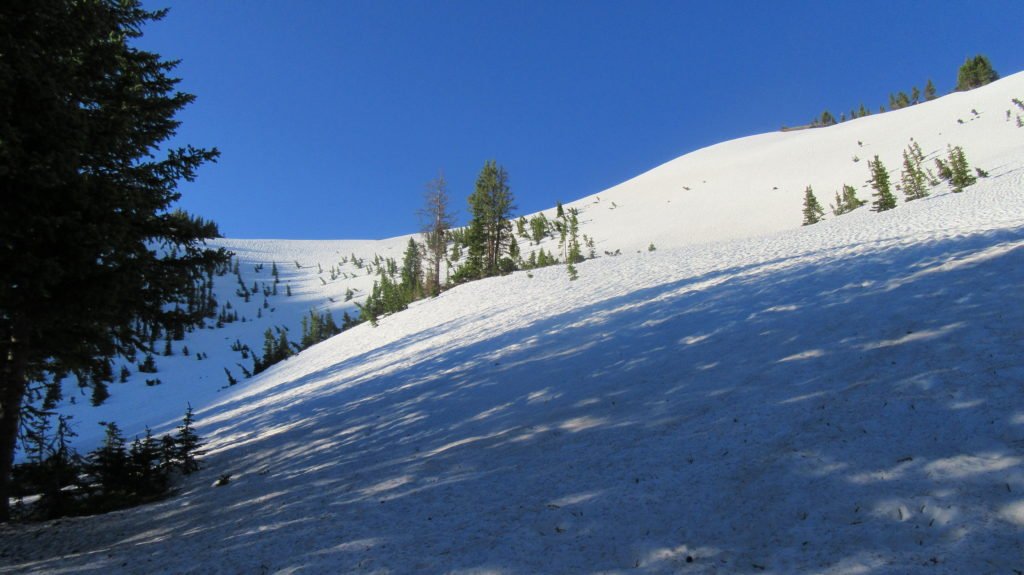 We attempted to make our own switchbacks since there was no was to find the trail.   I failed to bring my ice axe and crampons so the slope was too steep and icy to walk up.  We decided to slide down and look for another place to get up it. 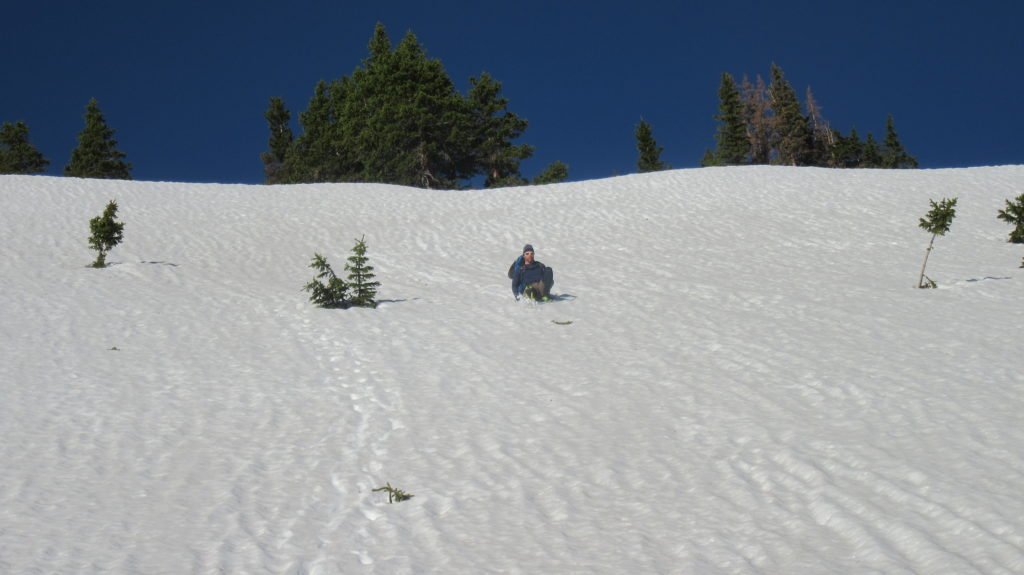 We finally made it to the top but not more than a mile later we had to find a way down into the next valley.  Glissading worked the first time so we did it again. 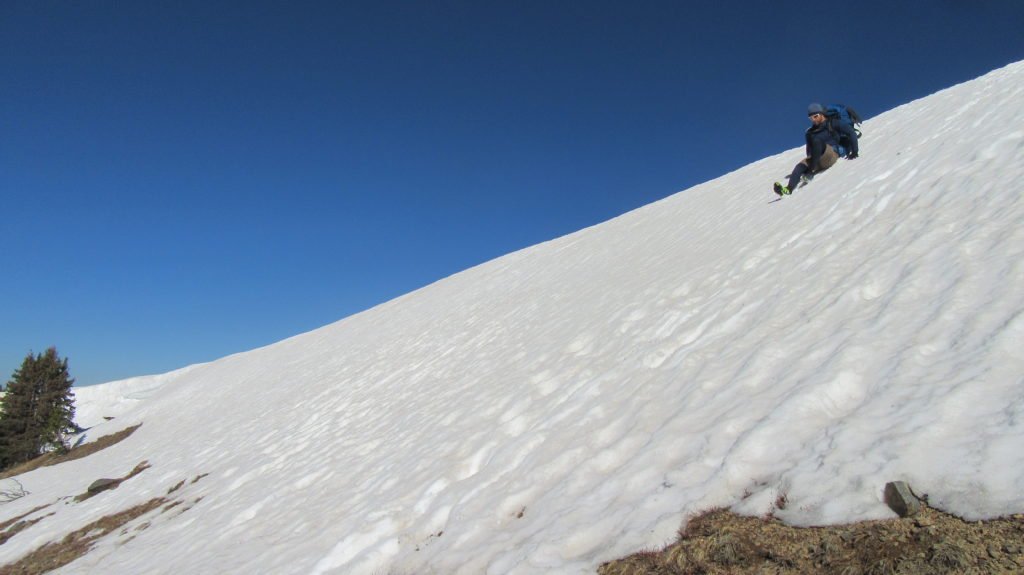 We then headed off into the woods only to struggle to find the trail and post hole in the deep snow. 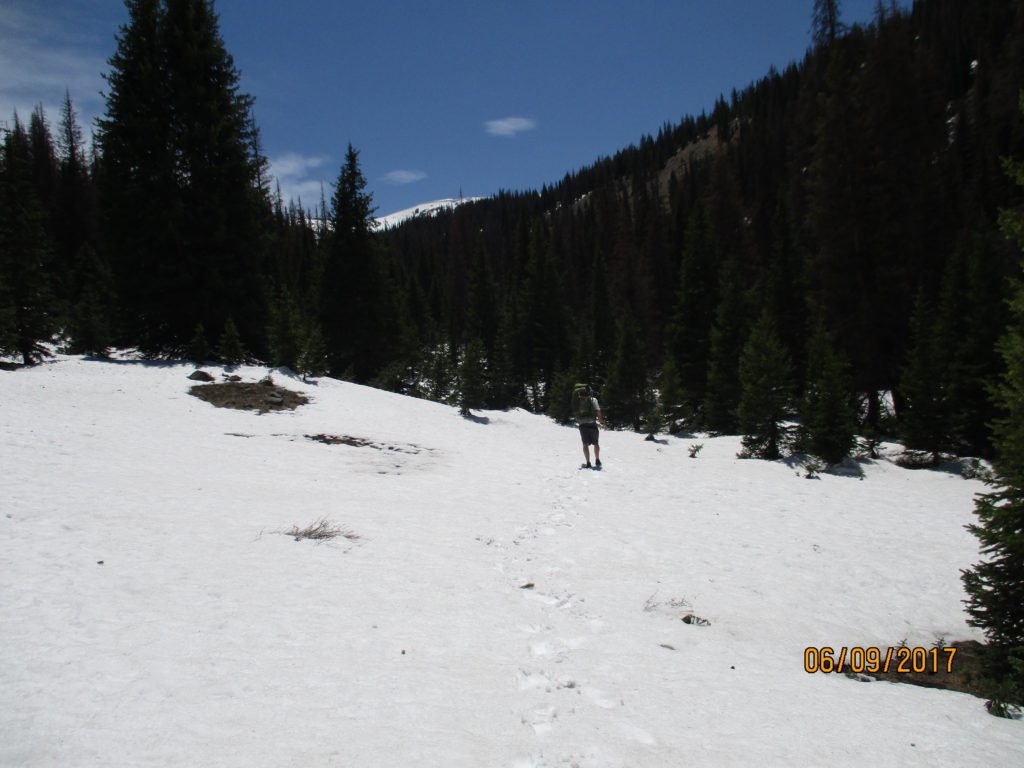 Then we had to climb out again, but this was a much more manageable slope. 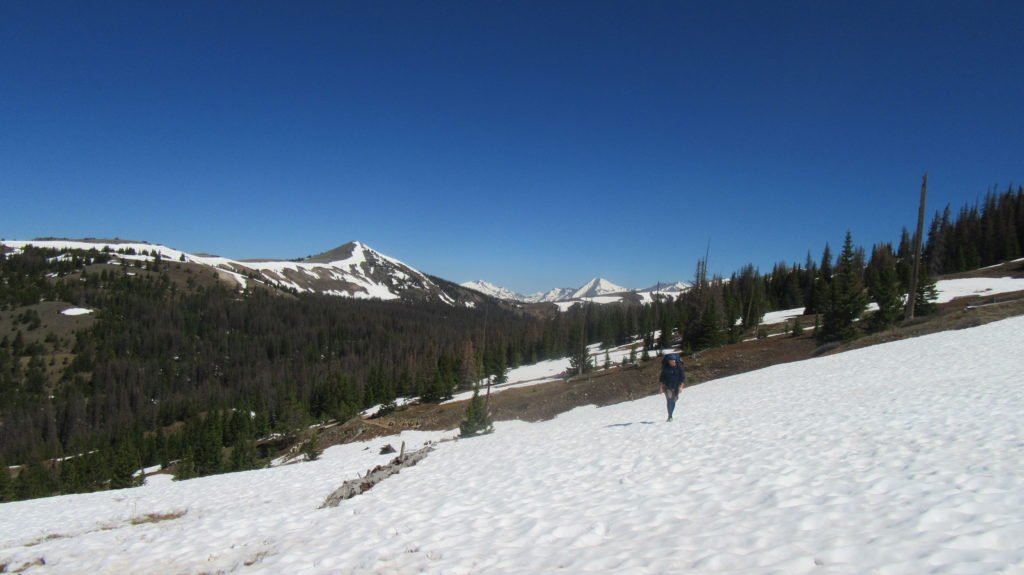 The snow lightened up a bit, but finding the trail was really challenging. 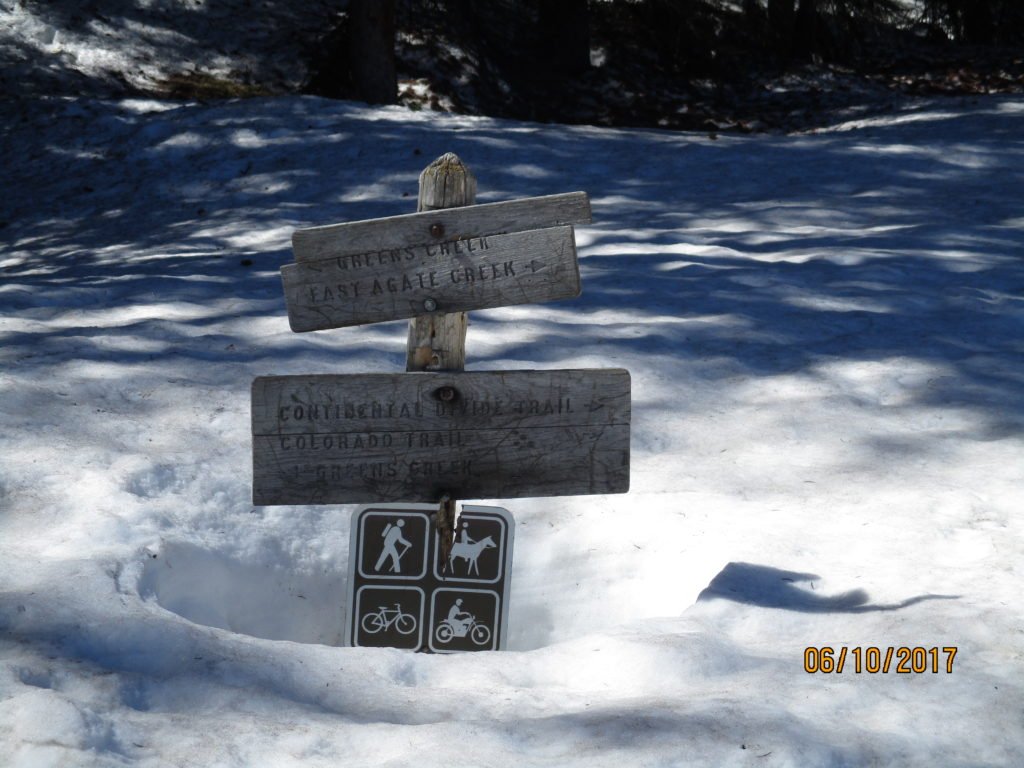 After dropping below the snow, we started to climb again and hit snow again…. We’d had enough and backtracked to a beautiful meadow and camped there for the night. 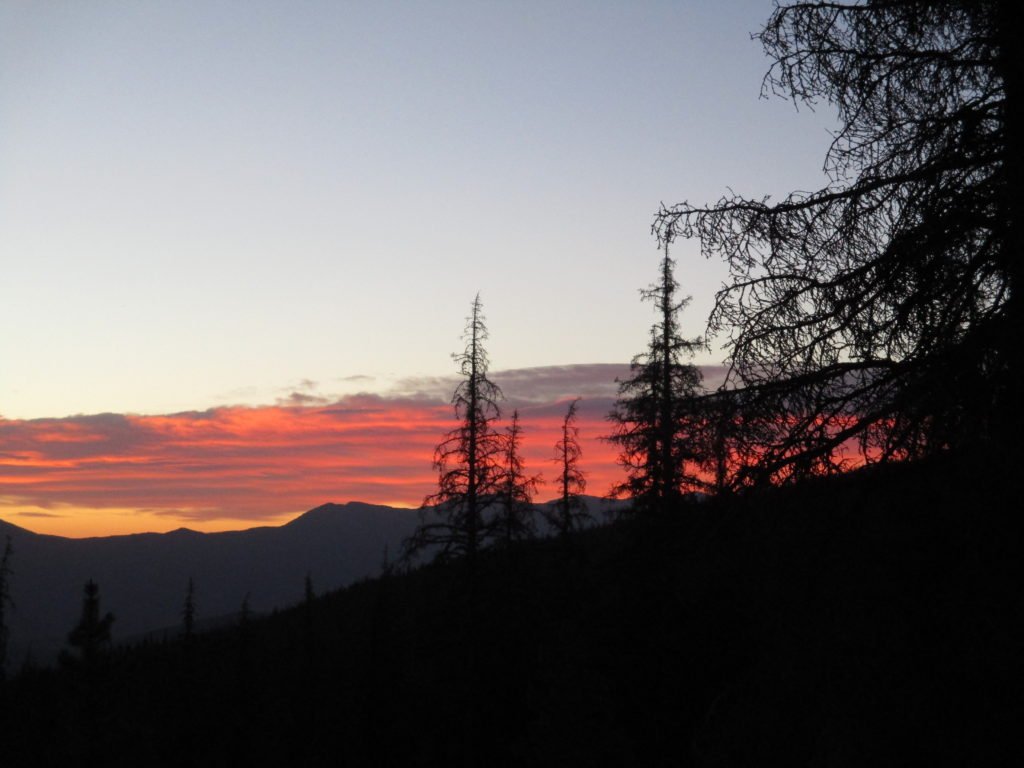 The next day we hiked down a dirt road for 9 miles until a guy named Lynn gave us a ride to he Pub and Grub in Poncha Springs where Tracy picked us up. 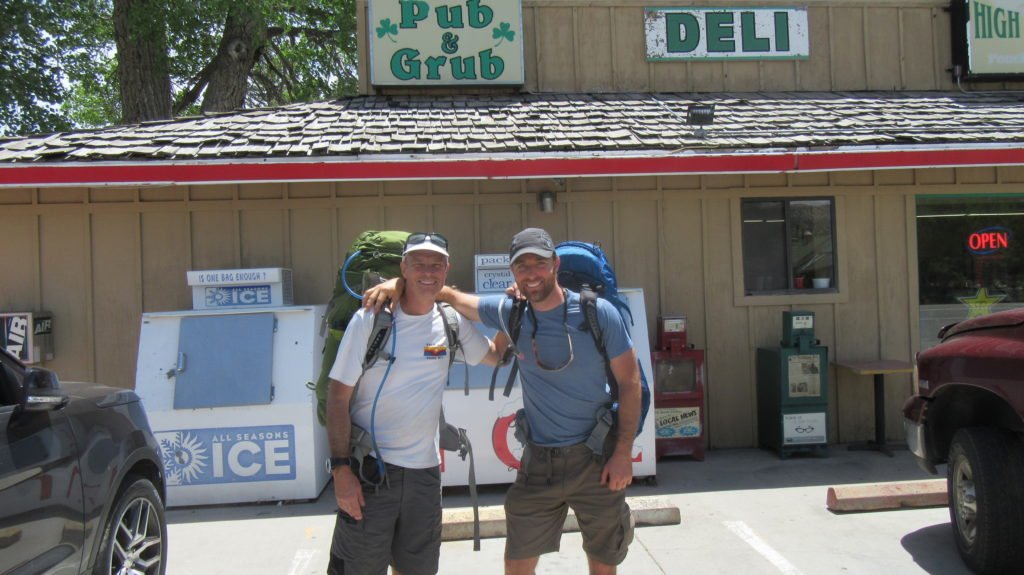