Since I’ve been a slacker, I thought I’d catch up on the events since our Mexico trip.  Lots of random stuff and pictures in the post below.

My running buddy, Mark and his girlfriend were in town for a wedding.  We had dinner with Mike and Tina and stayed out way too late bar hopping.  Who knew you could buy vodka spiked Capri Suns at the bar? 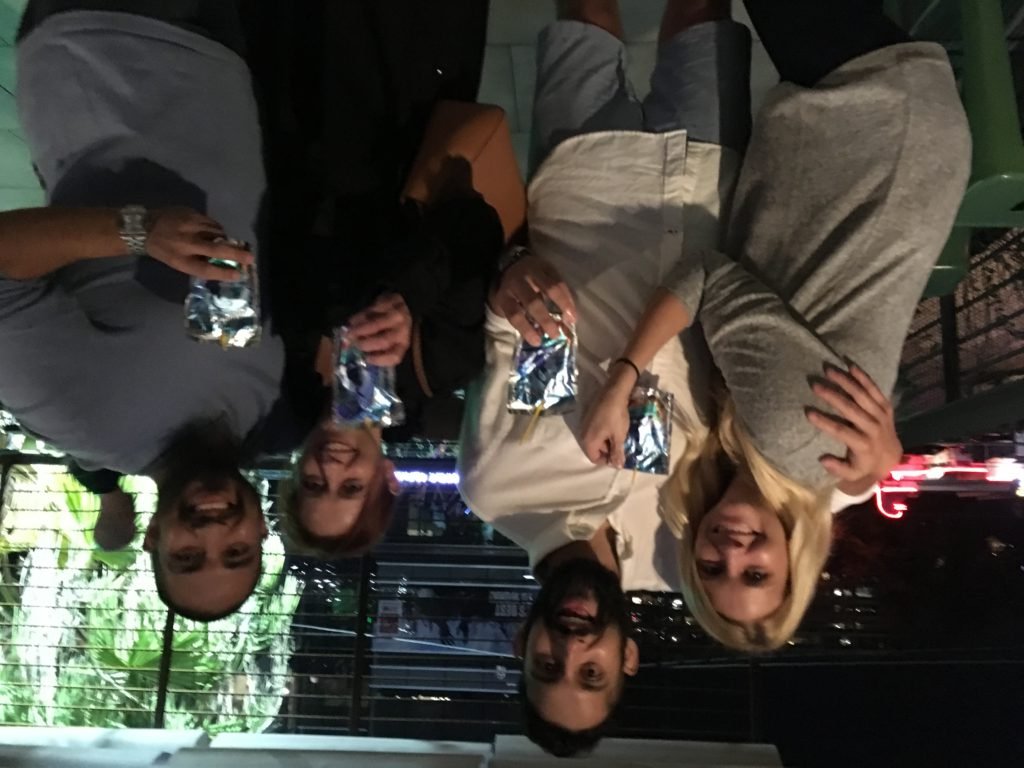 The dogs have been spoiled and have put many miles in at the trail.  This results in a lot of sleeping while at home.  Far too many dog pictures, but hard to resist when they are so cute. 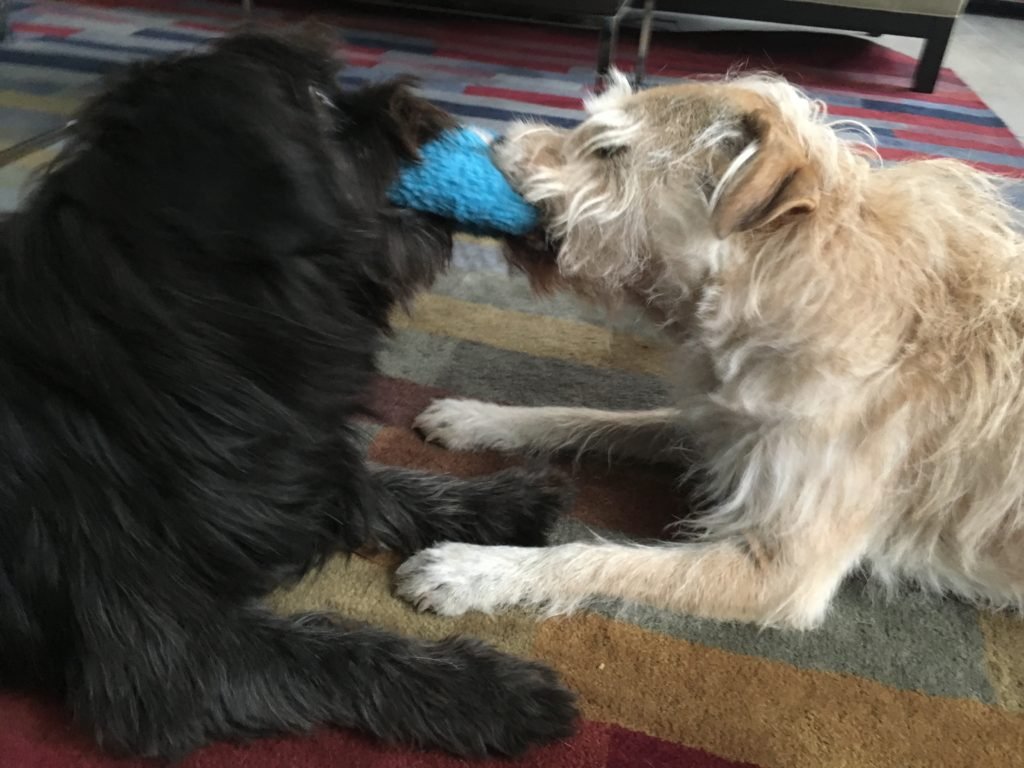 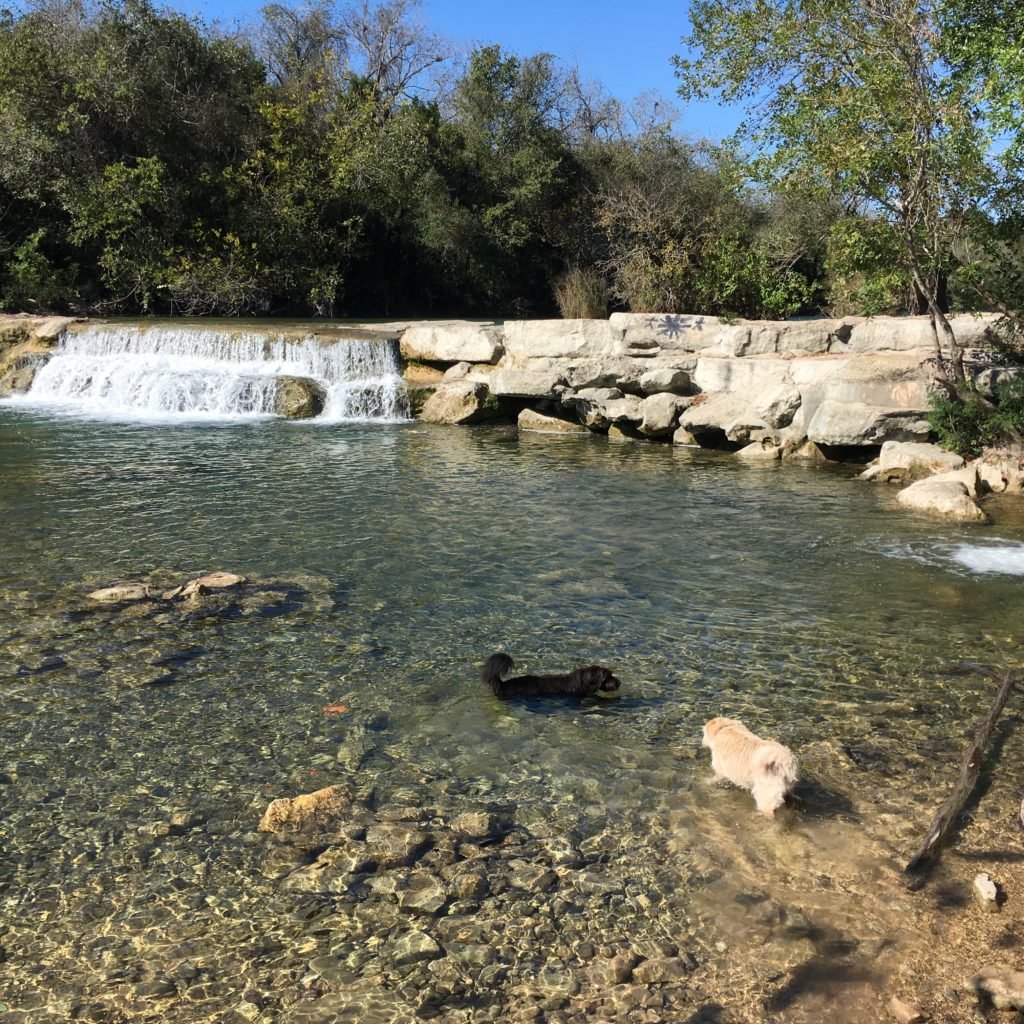 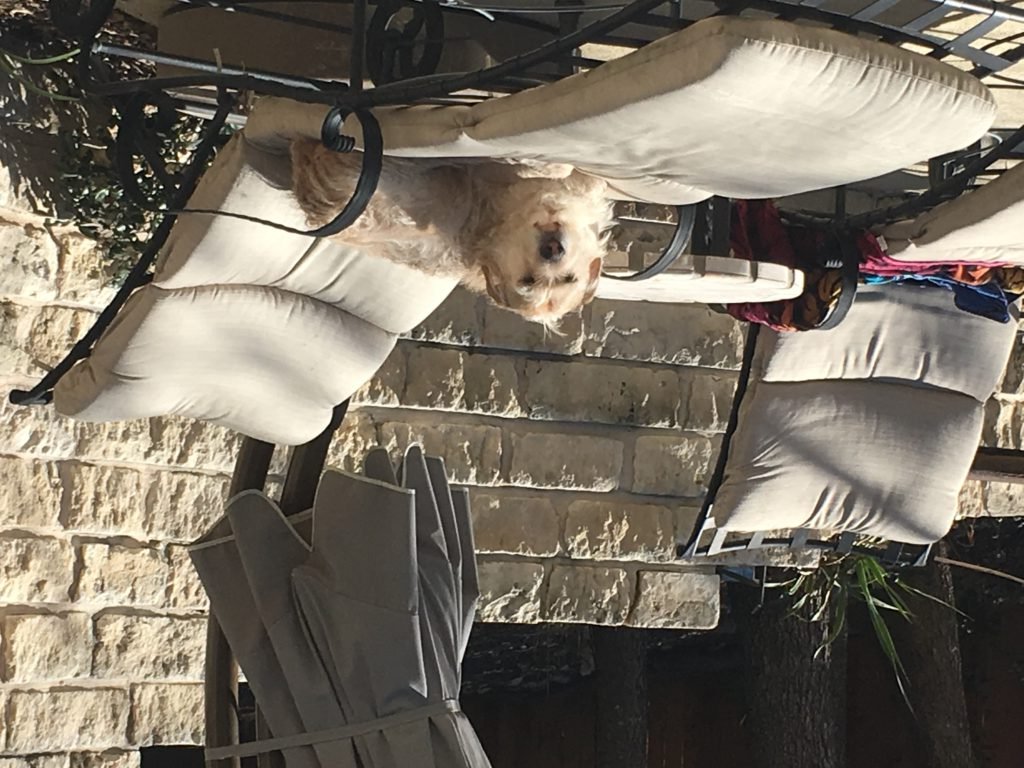 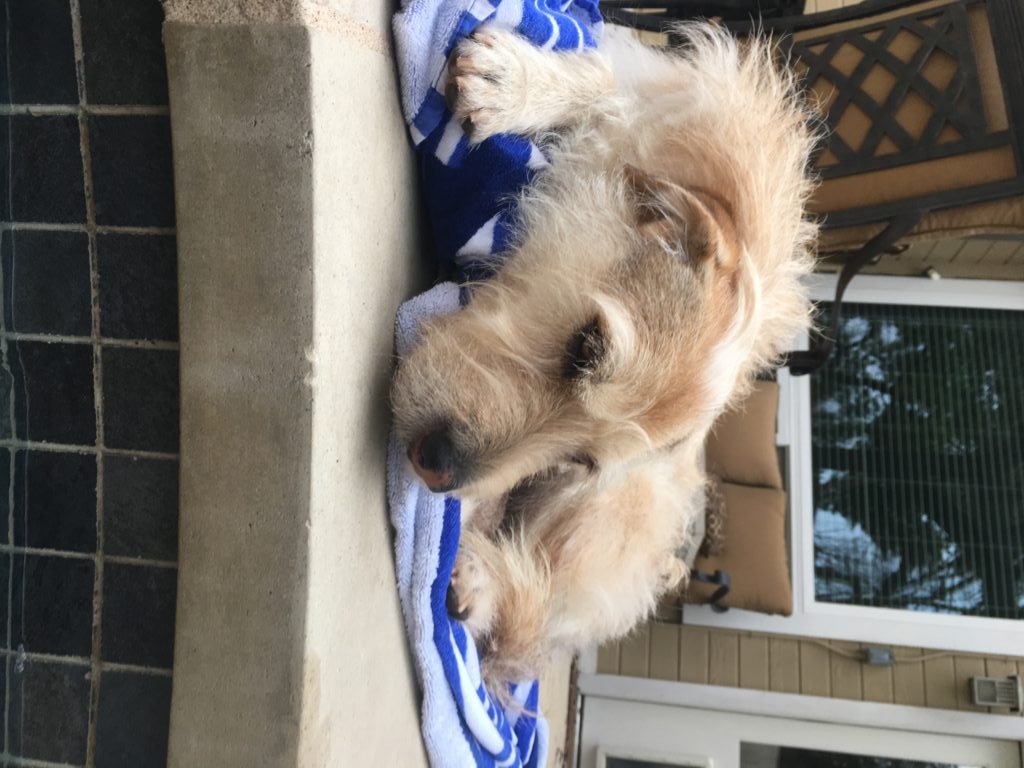 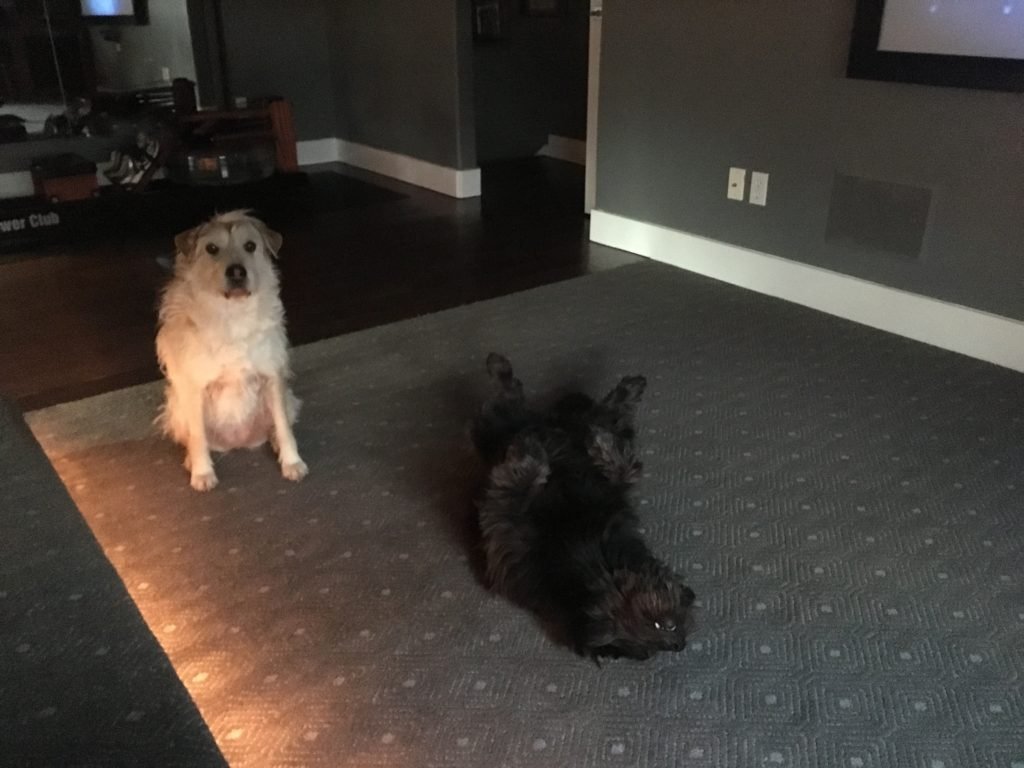 While I was waiting at a light, a homeless guy was using the driver side mirror of the car to the left of me to cut his hair.  The guy driving looked mortified. 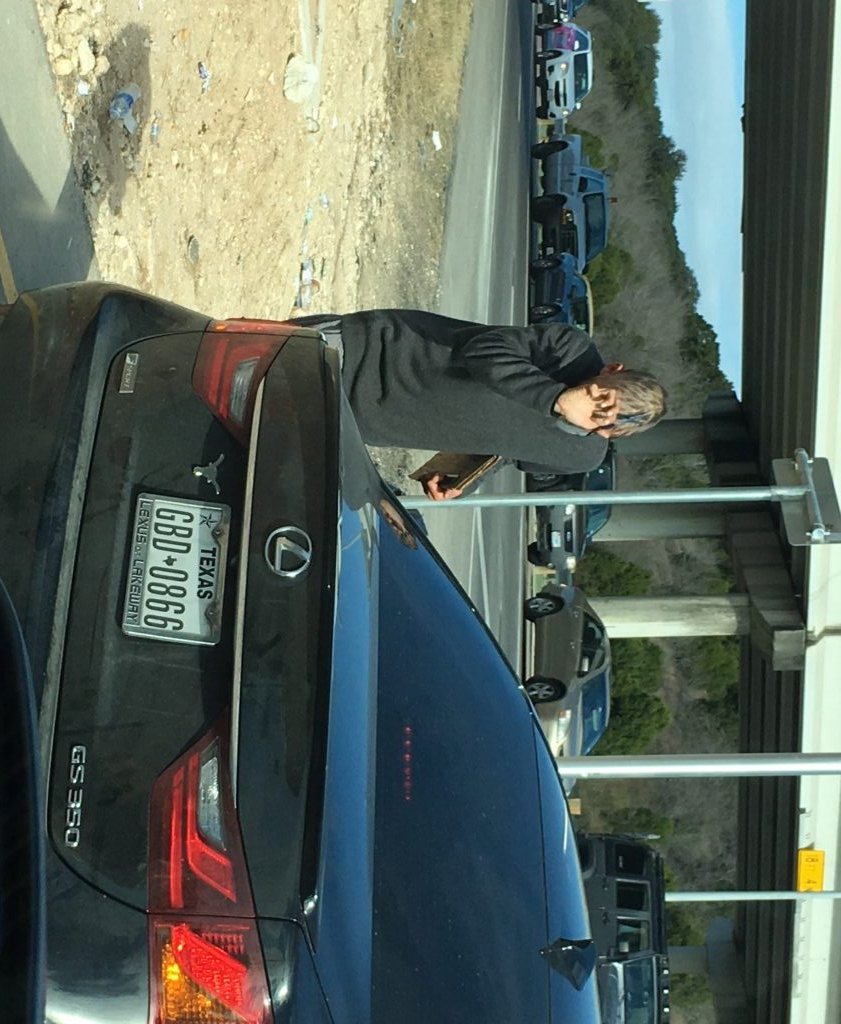 It has rained a lot this winter and the creek has never stopped flowing.  When it gets to this level, I don’t try to cross it. 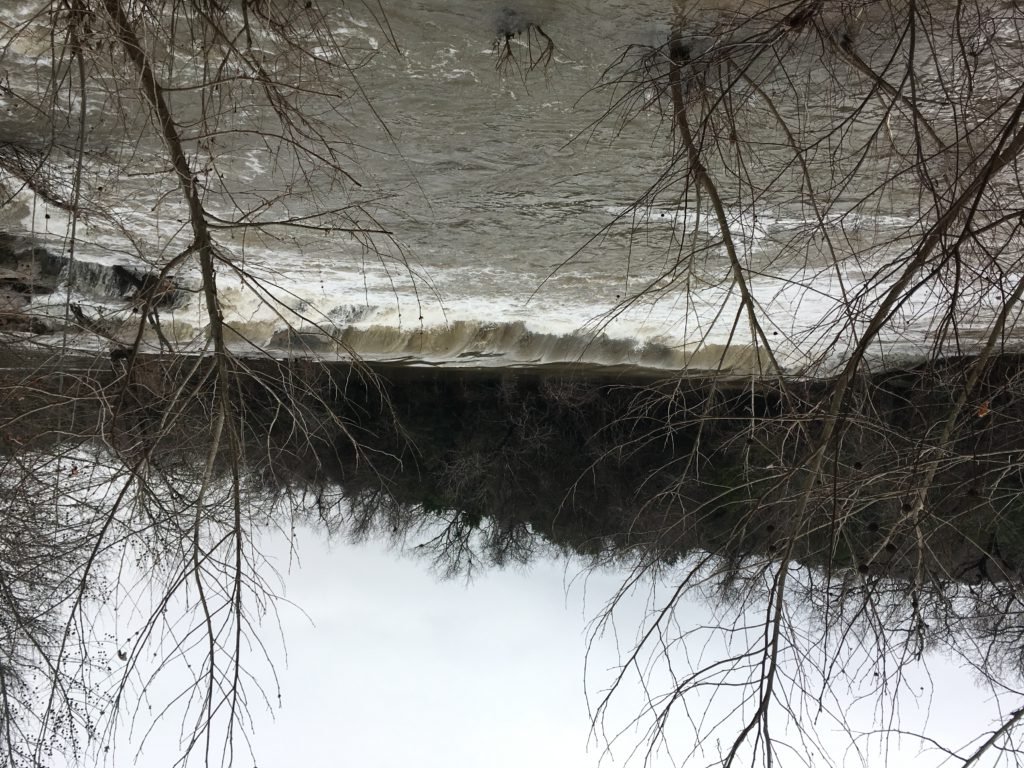 For Christmas, we all went to Philly.  I think Preston wishes that Tucker would have come home with him. 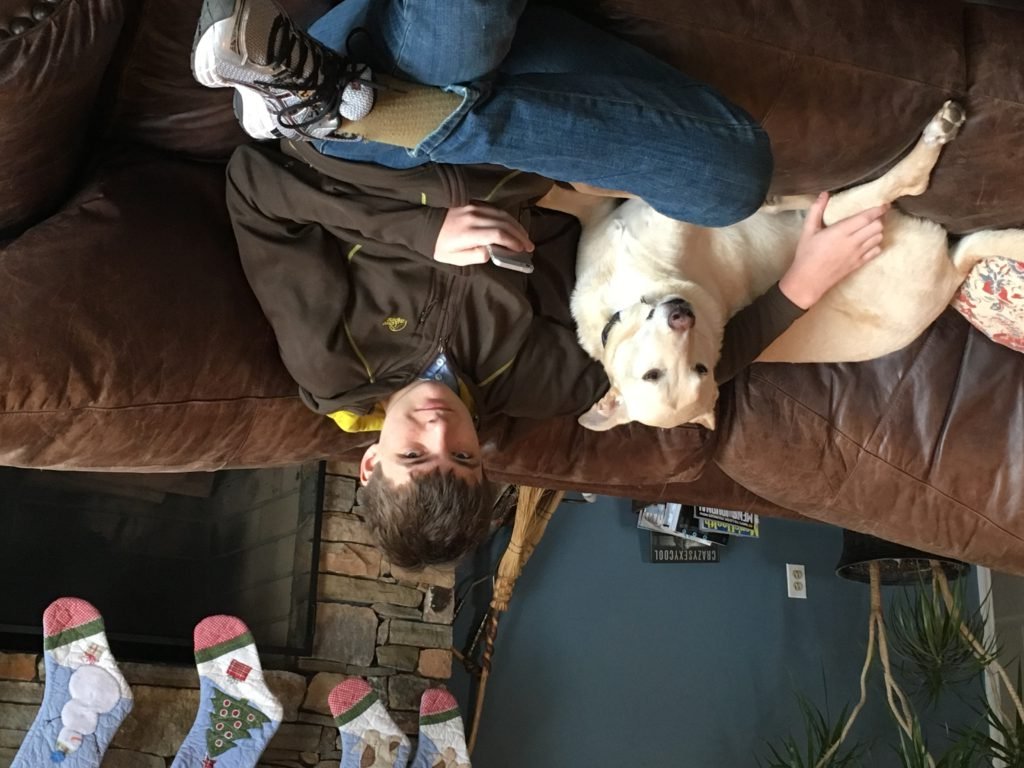 We went to Tracy’s brother’s house on Christmas Eve.  They had a game that required two people to rapidly push a button.  Whomever was slower would get a pie thrown in their face. 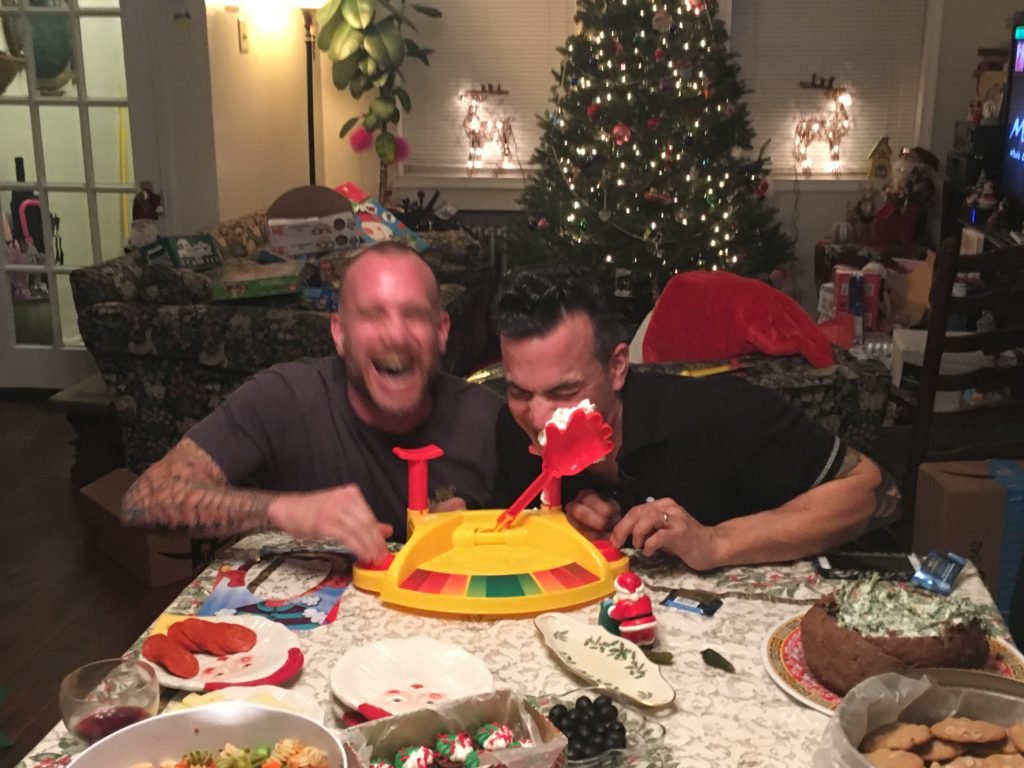 We’ve had several charity events.  This particular one had a casino night.  We spent many hours winning fake money at the craps table. 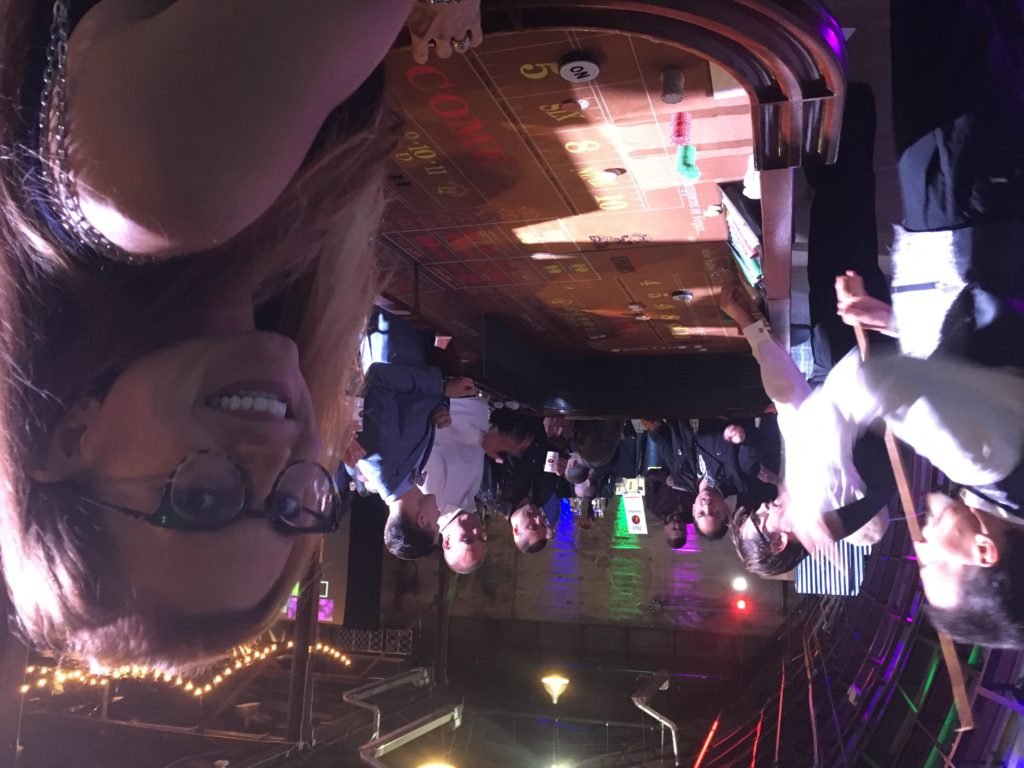 On inauguration day, the marches began.  We rode our bikes downtown for the Friday night march.  While this was much smaller than the women’s march on Saturday, there was a large showing and the signs were awesome.  I put a few of the better ones below. 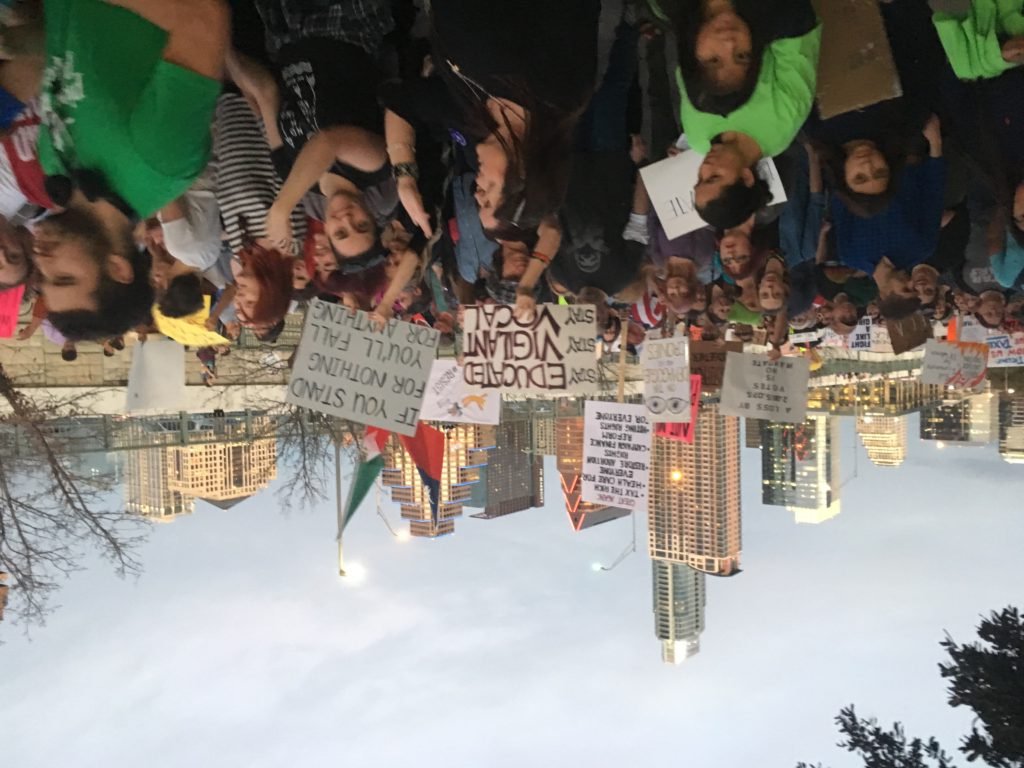 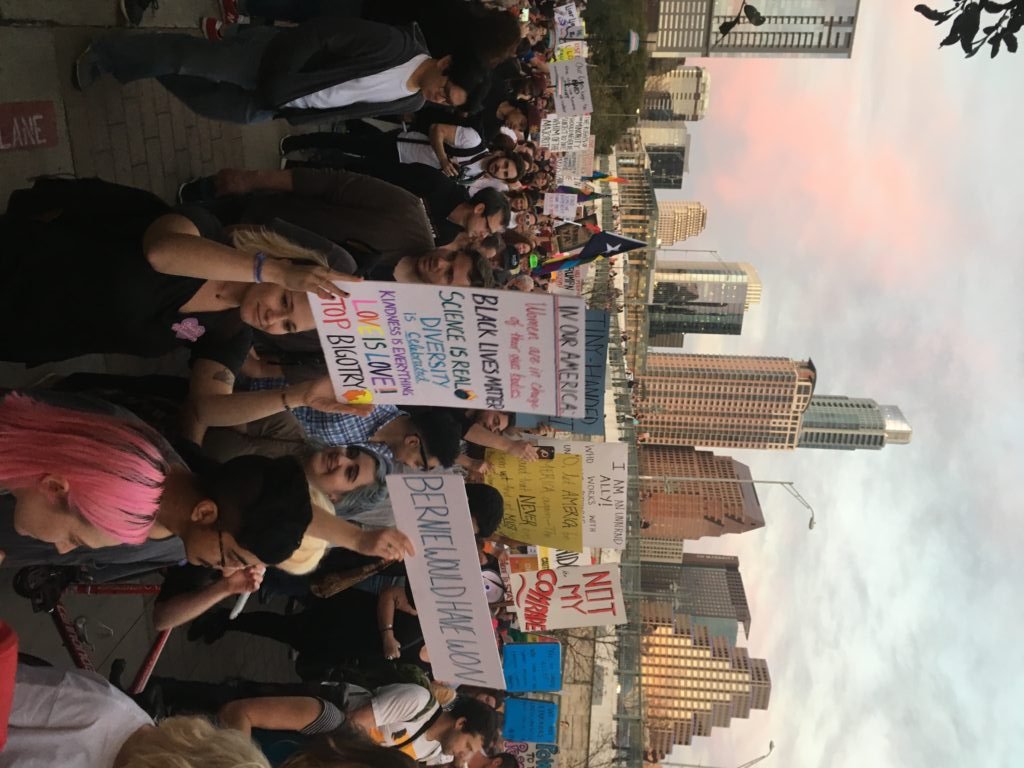 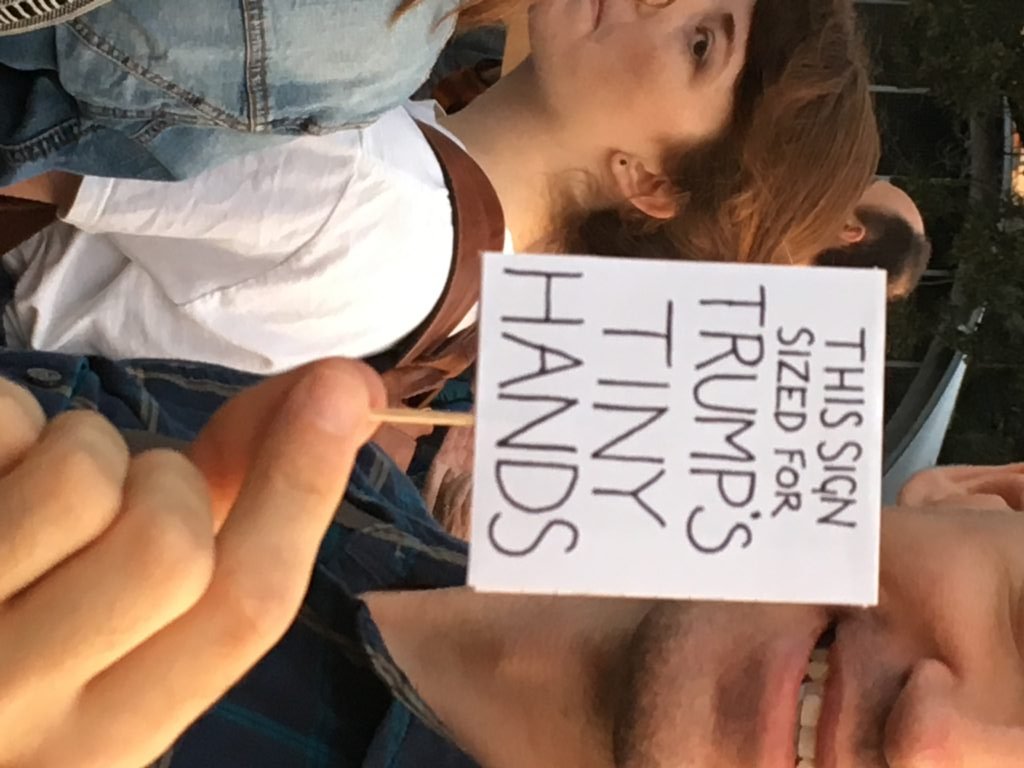 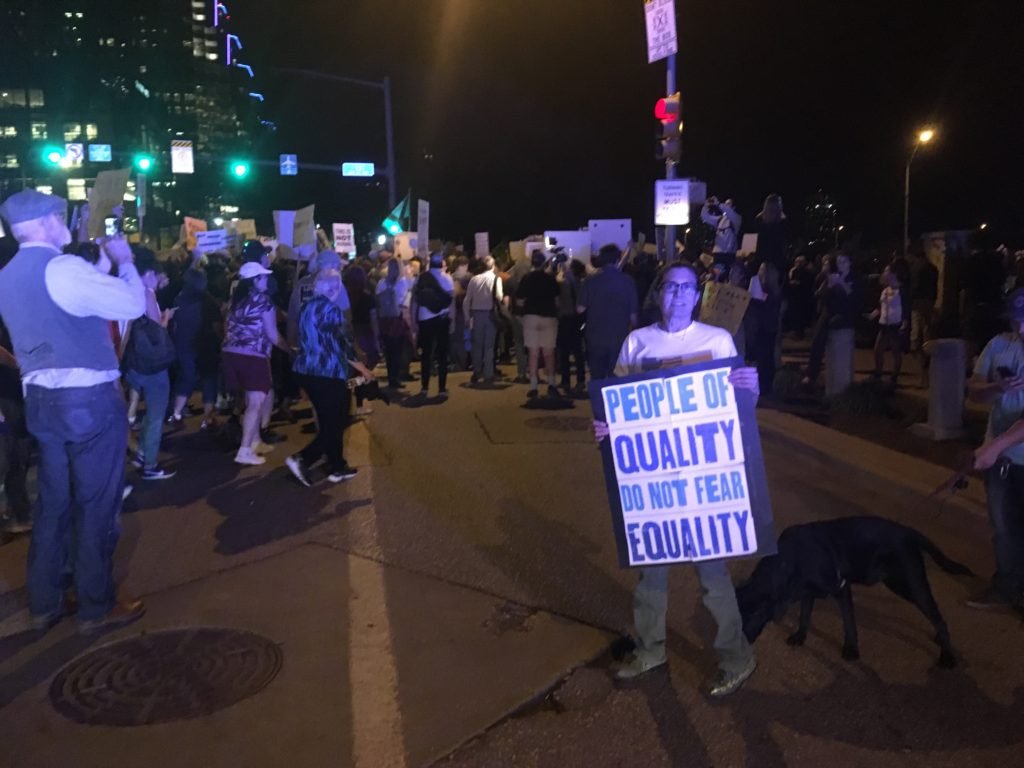 The Long Center at sunset. 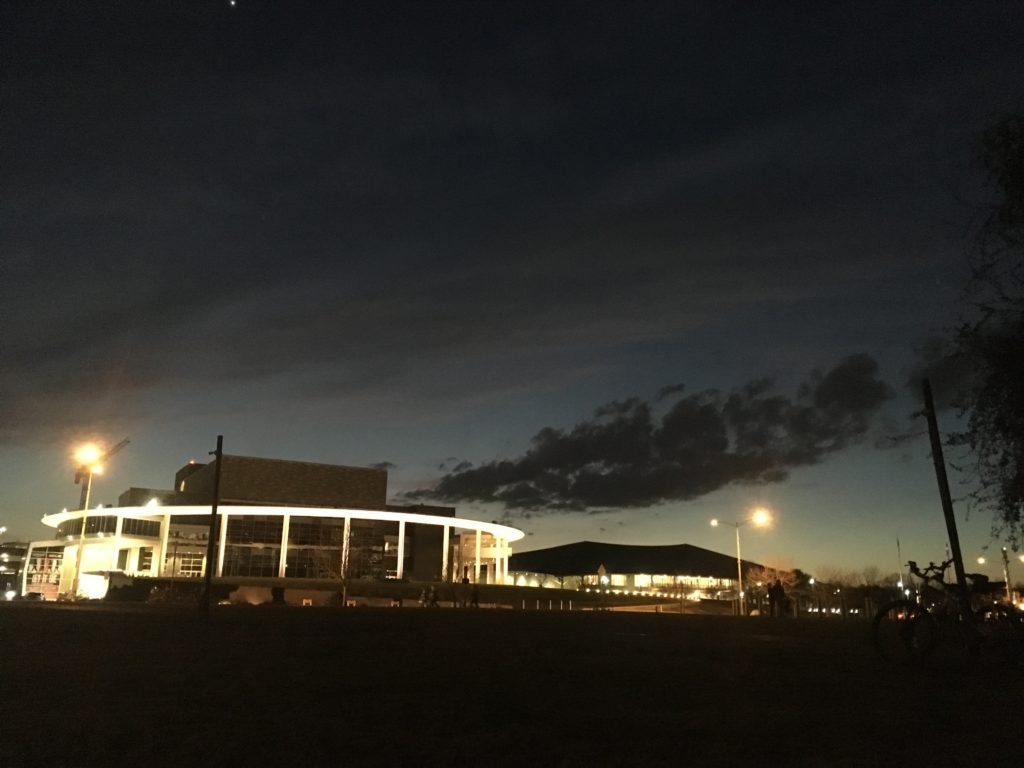 The following day was the Women’s March.  It is estimated that over 40k people showed up in Austin.  It was unbelievable.   We had to park the bikes about a mile from the capitol since there were so many people.  The entrance to the grounds was choked with people so we joined the march on Congress Ave.  Pretty moving seeing so many families aligned on protecting peoples’ rights. 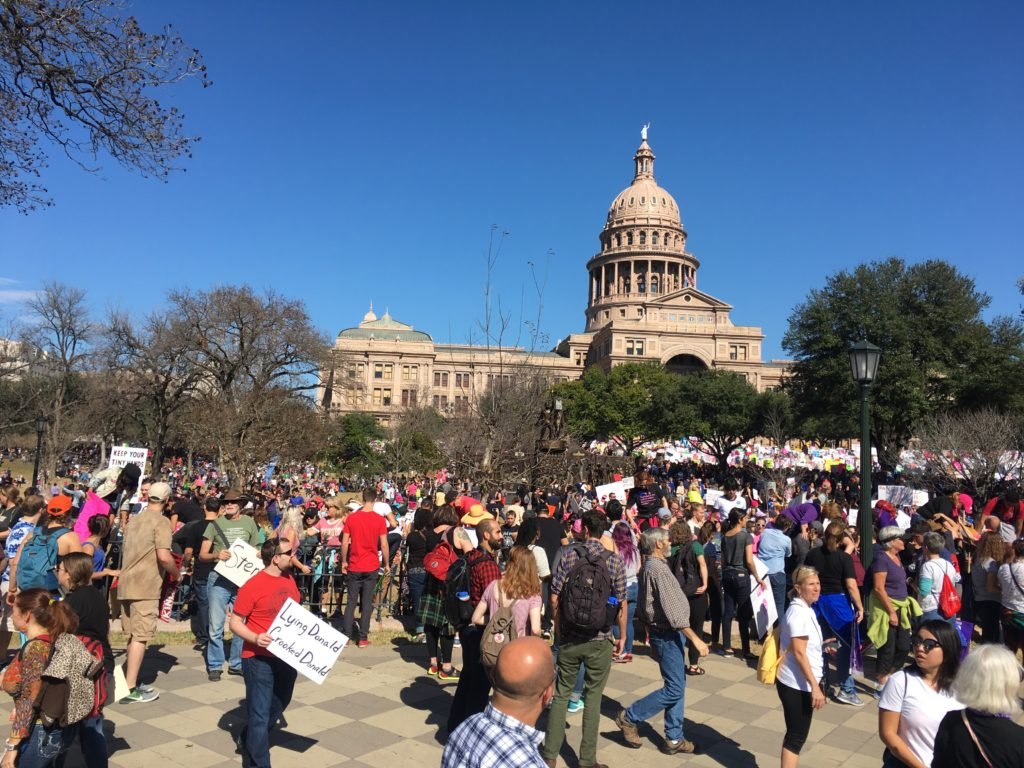 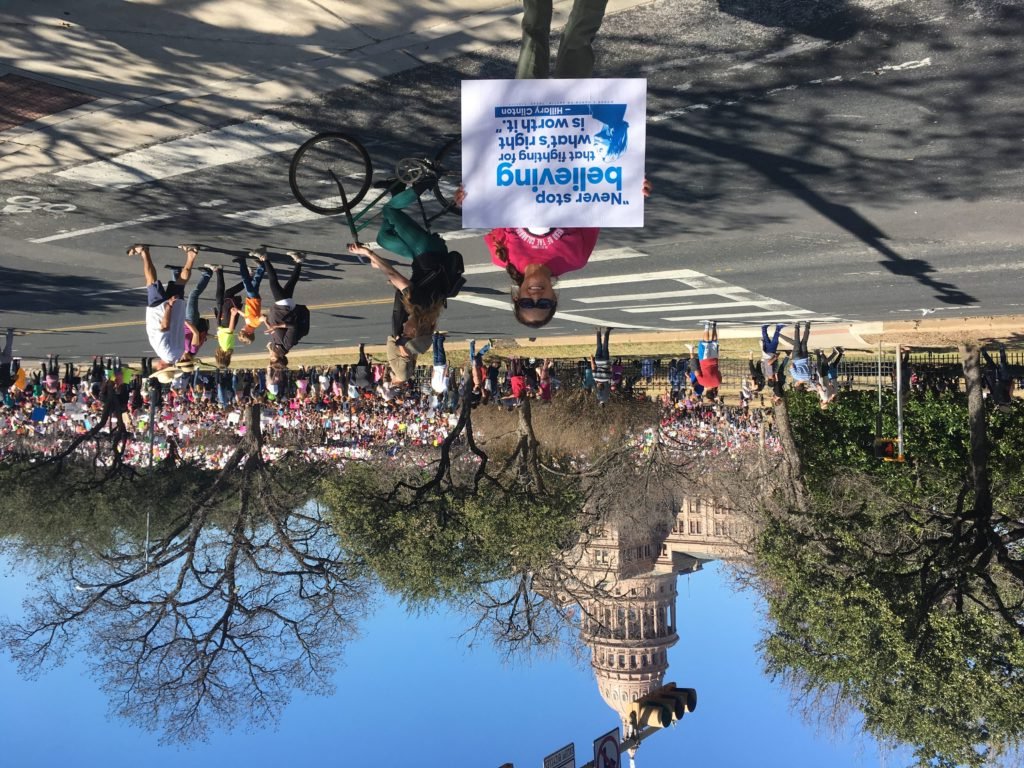 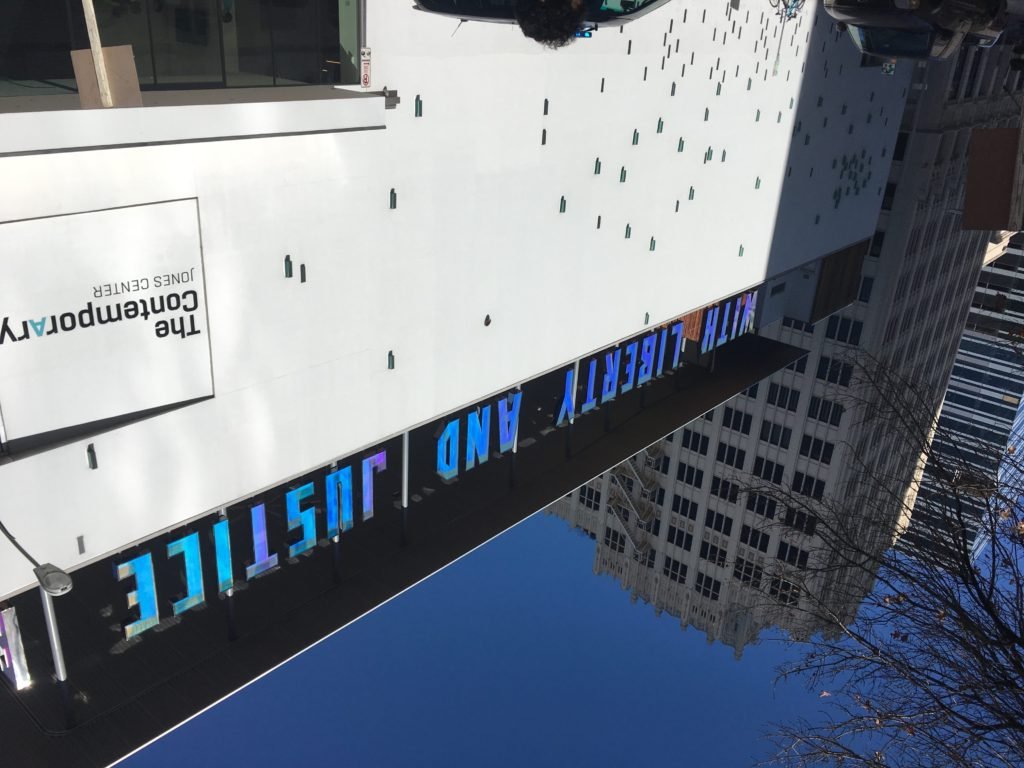 I’ve been a bit of a slacker updating the webpage even though we’ve been really busy.  Here’s a quick video of our week in Playa Del Carmen over Thanksgiving.